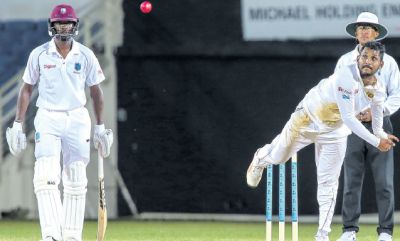 (AFP) – A former senior Zimbabwe cricket official has been suspended from the game for 20 years after he admitted trying to influence the result of the Test series with the West Indies last year.

Rajan Nayer, the treasurer and marketing director of the Harare Metropolitan Cricket Association, was charged after offering Zimbabwe captain Graeme Cremer US$30,000 to fix the result of the Test series with the West Indies last year, which the visitors won.

Cremer informed coach Heath Streak of the approach and the matter was referred to the International Cricket Council (ICC).

Nayer accepted a charge of breaching the ICC’s Anti-Corruption Code.