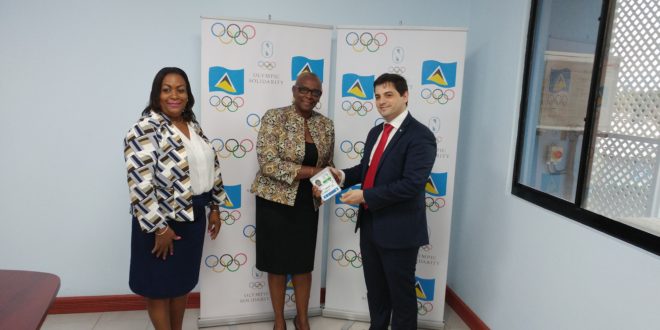 Present were officials from the Embassy of the Argentine Republic, including Head of Mission Nicholas Carlos-Abad and Richard Lake, Corporate Services and Protocol Officer, and SLOC Inc. Executive Board members.