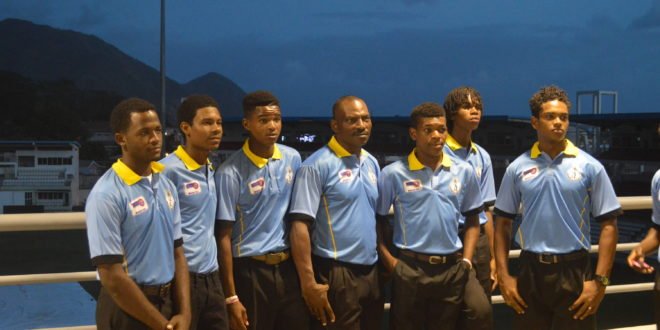 Another young man is now the country’s latest road fatality.

Nick Elibox, who played for the national cricket team, was on board a grey Suzuki Vitara when tragedy struck in La Retraite, Monchy, in the early morning hours of Sunday Feb. 4, 2018.

According to reports, the 19 year old sustained severe head injuries after the vehicle he was driving ran off the road and overturned. He was pronounced dead. Four other persons in the vehicle sustained minor injuries.

The St. Lucia National Cricket Association described his loss as profound, and shared that the young man as a hard hitting, fearless and confident batsman who brought this same attitude to his life.

The Executive and board of management of the SLNCA extended their sincere condolences to his family and friends in Marc, the members of the St Lucia Under 19 team, Central Castries Cricket Association and to all cricketers who knew or played with him.

He was on a cricket scholarship at Woodhouse Grove (England) in 2015 and featured in last year’s St. Lucia Premiere League (SPL), where he played for the Soufriere Pitons.

This is the fourth fatal accident for 2018. On January 20th 2018, 19 year old Bradley Cyril and 18 year old Brandon St. Omer died when the motor car they were travelling in along the Vide Boutielle Highway, veered off the road and collided into a wall.