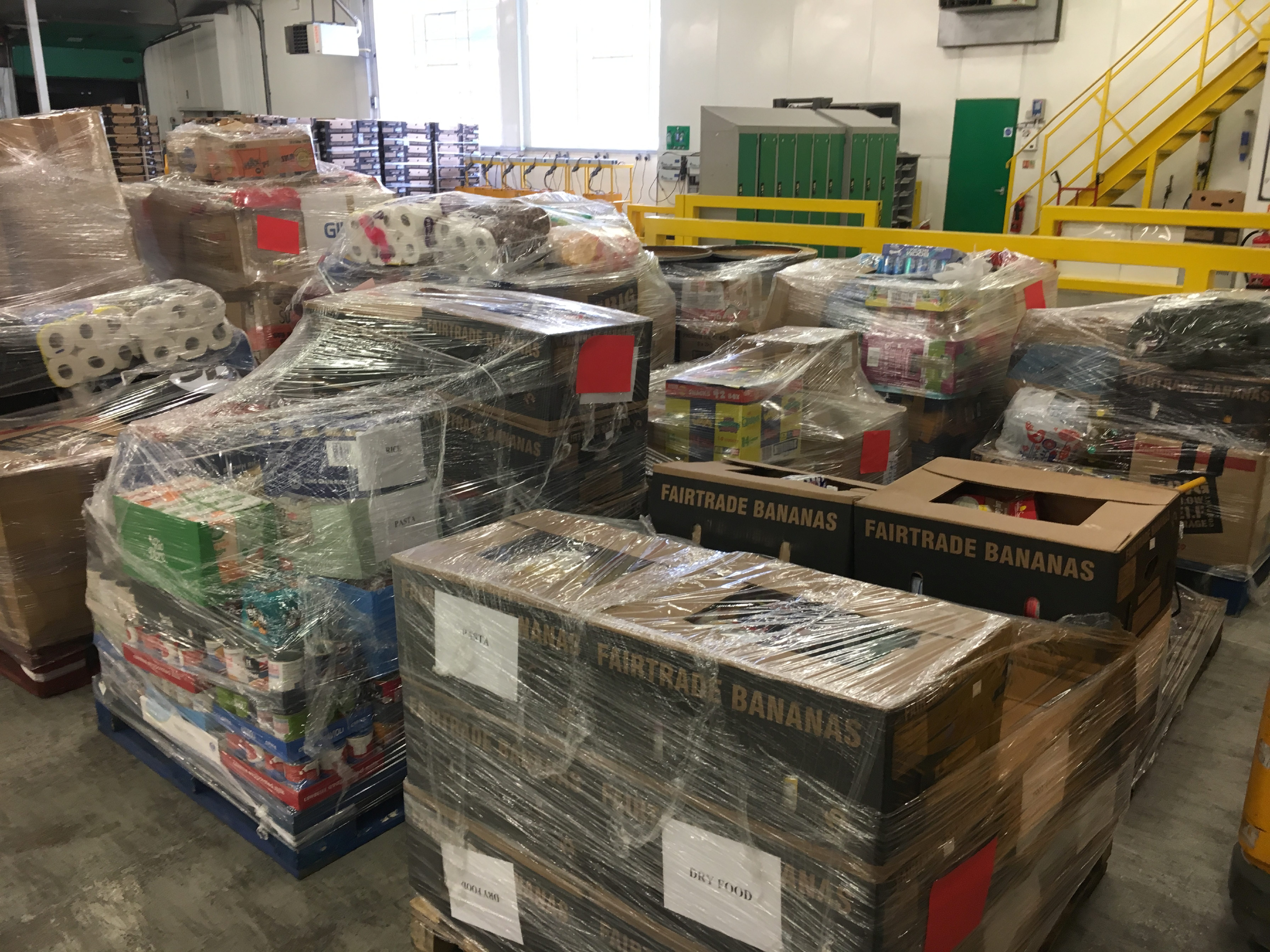 Press Release: WINFRESH, the largest exporter of agricultural produce from the Windward Islands, has quickly responded to the plight of the people of hurricane-hit Dominica. Working in collaboration with the Dominica High Commission, the Company’s UK operation at Stansted in the United Kingdom, this week, loaded four forty-foot containers bearing relief supplies for Dominica. These were handled with great haste, by WINFRESH UK staff working overtime, to ensure that they were ready for the first vessel sailing from the UK, post-Hurricane Maria.  This was generously facilitated by the GEEST LINE, an associated shipping company of WINFRESH, which also provided a freight-free service.

This follows an initiative launched in the UK, spearheaded by WINFRESH CEO, Mr Bernard Cornibert, working in collaboration with the acting High Commissioner for Dominica in London, Ms Janet Charles.  A mass appeal was launched within 48hrs of the hurricane, resulting in an overwhelming response from the Dominican diaspora community in the UK, other Caribbean nationals and the British public.

Mr Cornibert said “I would like to thank all of those who contributed to the relief efforts of our friends and families in Dominica. This initial shipment is part of a continuing commitment of WINFRESH and GEEST LINE to the Dominica relief effort, with further initiatives being launched. GEEST LINE has graciously agreed not only to provide freight-free shipping of these containers but stands ready to provide similar support for subsequent weekly shipments to Dominica.”

Mr. Cornibert continued, “Our WINFRESH subsidiaries across the Caribbean have also been making contributions. Our premium water company in Saint Lucia, SUNFRESH, has shipped this week two containers of supplies including the company’s H2O bottled water. Our staff have also contributed on a personal level with colleagues from VINCYFRESH and WINFRESH (WI) giving to a relief fund for Dominica.”

The WINFRESH response underscores its continued commitment to the recovery of the Windward Islands that have been hit by hurricanes. In October 2015, WINFRESH and GEEST LINE made a joint donation of EC$ 1 million to Dominica, following the destruction by Tropical Storm Erica.