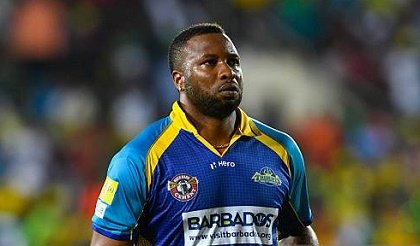 Asked to bowl first at the Sylhet International Cricket Stadium, Dynamites limited Kings to 136 for six off their 20 overs, with the experienced Narine bowling superbly to finish with three for 19 from his four allotted overs.

Marshall Ayub top-scored with 45 from 31 deliveries, putting on 75 for the second wicket with opener Shahriar Nafees (25) in the best stand of the innings which pulled Kings around from two for one in the third over.

In reply, left-arm spinner Arafat Sunny bowled brilliantly to take three for eight from four overs while Test off-spinner Mehidy Hasan claimed two for eight from three overs, to keep Dynamites to a disappointing 116 for nine off their 20 overs.

They slumped to 23 for three in the fourth over and never really recovered, as Russell (11) and Pollard (13) struggled to get going.

Narine also perished cheaply at the top of the order, falling lbw to Mehidy for one, with the score on 11 in the second over.

Despite the loss, Dynamites remain top of the standings with eight points from four wins, but are now just two clear of second placed Comilla Victorians.

Sent in, Sixers piled up 187 for five off 20 overs, with opener Liton Das top-scoring with 70 off 43 deliveries and Australian David Warner striking an unbeaten 61 from 36 balls.

The 23-year-old Pooran, who made a three-ball ‘duck’ on Tuesday, smashed 26 from 16 balls towards the end to further energize the innings.