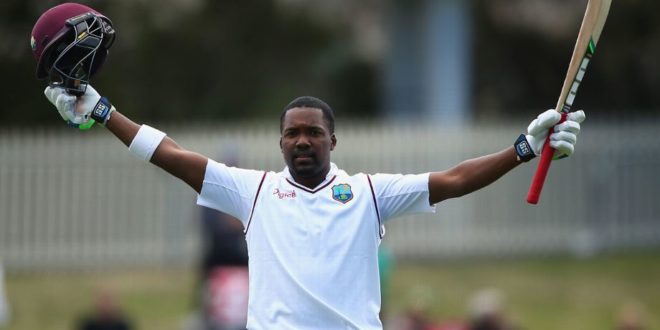 The selectors have named an exciting squad balancing players who have performed strongly in recent Tests with players who have been recalled or called up for the first time due to recent performances.

Two uncapped players will be thrilled to join the squad ahead of this great rivalry: John Campbell the 26-year-old left-handed opening batsman and Shamarh Brooks the 30-year-old right-handed middle-order batsman. There are recalls for fast bowler Alzarri Joseph and left-hander Darren Bravo. Fast bowler Oshane Thomas has been named as cover for Joseph, who is making a comeback from injury.

“After a difficult Test Series in Bangladesh late last year the opportunity presents itself for our team to pick itself up. Although a tough series against England is anticipated, home turf has always been a place where our team has made strides.”

“With the return of Darren Bravo, who will add value to a batting department, we expect to see marked improvement. Young, exciting, fast bowler Alzarri Joseph, who was sidelined by injury, returns to the squad and Shamarh Brooks has been elevated for his solid first-class performances over the last three years. John Campbell the incumbent ‘A’ team opener, who has played first class cricket for a number of years will open the batting after a good first-class season in 2018. The panel takes this opportunity to wish captain Jason Holder and his team all the best in the upcoming series.”

“The Wisden Trophy has got incredible history and the West Indies have got a proud record to defend. England have only won one Test Series on West Indies soil in 50 years. We hope that our fans will once again become the team’s twelfth man and rally to create the noise and colour that gives the squad the support they deserve and register a win in what will be a great battle.”

Tickets are on sale at local ticket booths in Barbados and online at windiescricket.com via the“BuyTickets” button.

NOTE: Oshane Thomas has been called up as cover for Alzarri Joseph