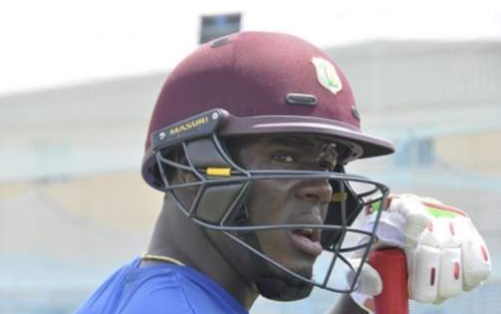 The all-rounder reminded that the Caribbean side were World champions in the shortest format and therefore had a duty to themselves and their fans to play accordingly.

“Any time you have the title of world champions you need to defend it, not only at the World Cup but in every series,” Brathwaite said ahead of the opener at Saxton Oval which bowls off at 3:00 pm (10:00pm, Thursday Eastern Caribbean time).

“Regardless of whether we win or lose we need to play like world champions. People in the Caribbean look to the T20 format for the success and feel good and we need to do that. If there’s added pressure then so be it. We have a legacy to carry on.”

West Indies are winless on tour so far and the T20 series represents the ideal chance for the visitors to make their mark.

Their record against the Black Caps, however, is a dodgy one, having drawn the last two-match series they played in the Caribbean and suffering a clean sweep in a similar two-match rubber the last time they were in New Zealand three years ago.

Since capturing the T20 World Cup in India last year April, the Windies have won seven of 14 matches —with three of those wins coming against minnows Afghanistan.

Brathwaite will be featuring for the first time in the series and joins the side on the heels of solid performances in the Bangladesh Premier League where he topped the batting averages for Khulna Titans.

The 29-year-old, the hero of the last T20 World Cup, said his focus was on making strong contributions to the unit.

“I’m not the saviour,” he stressed.

“But for me I’m always my own harshest critic and for me it’s just about controlling what I can control and making sure I get through my four overs as economically as possible and grab a few wickets if I can.”

He continued: “Batting-wise I’m having a decent year, averaging around 40 (48) with the bat so it’s about closing out the year well and going into 2018 with the next two games and hopefully starting next year as well as I can.”

The last two T20s will be played at Bay Oval in Mount Maunganui on New Year’s Day and January 3.