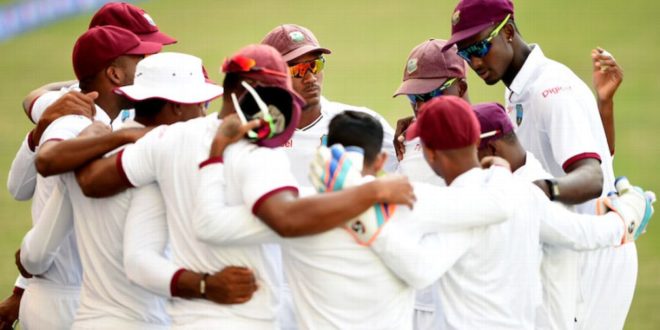 CHRISTCHURCH, New Zealand (CMC) — An upbeat West Indies touched down here yesterday to continue preparation for their two-Test series against the hosts, bowling off next month.

The Caribbean side have spent the last two-and-a-half weeks in Australia undergoing training for the series which will see matches at the Basin Reserve in Wellington from December 1-5 and at Seddon Park in Hamilton from December 9-13.

Before those Tests, however, the tourists will take on a strong New Zealand ‘A’ side in a three-day tour match at the Bert Sutcliffe Oval in Lincoln starting Saturday.

The match is the only warm-up fixture prior to the Test series.

West Indies are coming off a 1-0 win in a two-Test series against Zimbabwe in Bulawayo earlier this month, and will be hoping to take that winning form into the current tour.

The weight of history will be against the Windies, however, as they have not won a series on New Zealand soil in 22 years.

On their last tour here, four years ago, the Windies went down 2-0 in a three-match rubber.