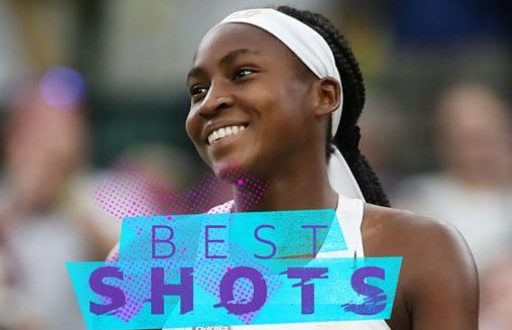 BBC Sport- Coco Gauff’s fairytale introduction to Wimbledon continued with a second-round victory that belied her years over Magdalena Rybarikova.

“I played well on pressure points, she was serving amazing. I’ve not been able to relax, there is so much going on.

“I believe I can beat anyone across the court.”

She becomes the youngest player to reach the last 32 at Wimbledon since fellow American Jennifer Capriati, who, also at 15, reached the semi-finals in 1991.

At such a tender age, Gauff is only eligible to play 10 tournaments at professional level between her 15th and 16th birthdays yet she appears to be taking the grand occasion of Wimbledon in her stride.

Earlier on Wednesday, she had trained briefly under the gaze of 18-time Grand Slam champion Rafael Nadal before being approached for a chat by Roger Federer, an eight-time winner in these parts, more than six hours before she finally got to play.