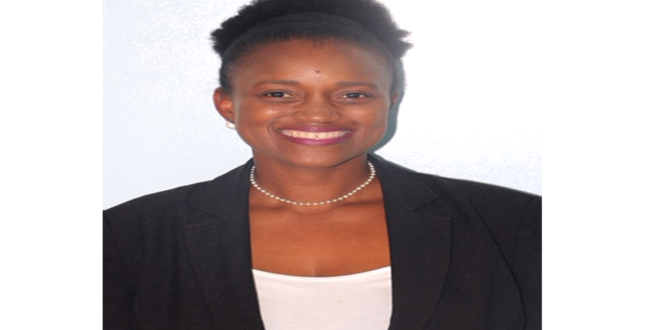 WIA response to PM’s statement on aid for mothers

(PRESS RELEASE) – WIA would like to offer its thoughts on the recent remarks by the Hon Prime Minister on the issue of the State offering assistance to young mothers who are deemed unable to adequately care for their children.

What we gathered from the Prime Minister’s statement, was that firstly, the suggestion was up for discussion. It was a proposed solution being put on the table. It is up to whatever bodies who is charged with the responsibility for thrashing out the idea to come up with the ideal form. Importantly, he touched on the fact that we needed to incorporate a preventative mechanism amongst our various efforts to combat crime.

You see, there is an important point to consider here is the idea of curbing, at the very root, some of the circumstances that give rise to crime – from broken households, dysfunctional family situations, which in turn give rise to children with little direction for their lives who grow up into young men and women, living out the culture they grew up in. Studies show that, more often than not, those who find themselves embedded in wayward practices are those who did not have the blessing of a healthy upbringing. Gone are the days when a village raised a child.

Many lose their way from early on and congregate with others like themselves. And together, the trend festers rather than is discouraged. As the saying goes, “day dwa mooyay; yon pa sa chofay lot”.

We agree with the Prime Minister that, not all situations are the same, and so, it is a given that within such a system, each situation will naturally need to be assessed on a case by case basis. And so, as part of a multi-faceted programme, we can see how incorporating such a measure can help. Regulations do help deter negative trends. This one also offers a safety net for those children who are caught in the midst. Such systems may not completely solve the issue – but then, which system can really solve all social ills?

And so, we must see it as part of the whole machinery, that integrated effort, one reinforcing each other, which will have the desired effect over the long-term. We believe it can work, if properly thrashed out by the relevant specialists and an adequate, resource-rich system is instituted to manage it.

We gather from the suggestion, that only where a situation is deemed sufficiently unhealthy (and so criteria will need to be in place to judge each case), then the responsible body will be charged to make this critical determination as to whether the child or children should be removed from the situation.

We must take the time to explore how best these recommendations can be implemented within all boundaries – legal and human rights included.

For too long we as a society have lamented the lack of answers to our crime situation. It cannot only be from the angle of policing and the justice system, which is reactive rather than proactive. It cannot be a reliance on “Govedman” to dish out funds for welfare, and short-term relief efforts. It is imperative that we also incorporate preventive measures. Those who know are well aware that a child’s social and emotional development is generally sealed by age 5. Scientific research has shown that the connections needed for many important, higher-level abilities – like motivation, self-regulation, problem solving, communication and self-esteem – are formed in these early years.

Or not formed. And it’s more difficult for these critical brain connections to be formed later in life. From the time they are born, children’s brain connections are developed through the child’s daily experiences – by positive interactions with parents and guardians, and by using their senses to interact with the world around them. It’s those everyday experiences – the amount and quality of care, stimulation and engagement they receive in their first days, weeks, months and years – that determines which brain connections develop and will last for a lifetime.

And so, a measure that addresses early childhood development should be seen as highly plausible within an overall programme to combat crime, because we are aimed to reduce on the number of citizens that are socialized in unhealthy environments. We think it is a wise idea to give those disadvantaged children an opportunity for a better life. There are many who desire to adopt. So, with that, let’s also promote the benefits of adoption.

It cuts both ways. We as women must take responsibility for our lifestyles. There are many young women who are reckless about family planning, and do not take the time to educate themselves about their bodies. Albeit many find themselves in some disparaging familial cycles – some have several children, different fathers, some live in incestual situations, bearing more than one child for their father and so on.

Children who themselves are still growing up are raising children under trying circumstances. And our nation’s innocent children are born AND socialized into those situations without a chance; some are abused by those very parents who pass on their frustrations on the kids. They grow up and this is all they know to be the norm. I am aware of a pre-school where the children were engaged in an exercise to role-play how mummy and daddy interact at home. It was a shock to see the actions some of those dear children displayed, which clearly reflected what they experienced at home at their tender ages. That was their norm, and that was what they innocently acted out.

And so, whilst it is a daring suggestion by the Prime Minister, it is nonetheless a proposition on the table and the dialogue must now ensue amongst the specialists in the relevant fields, to find the most ideal version. We need to bear in mind is that St Lucia needs to start thinking outside the box, we need to consider preventative measures, and that does make room for a workable system that removes children from dysfunctional situations before their development is sealed.