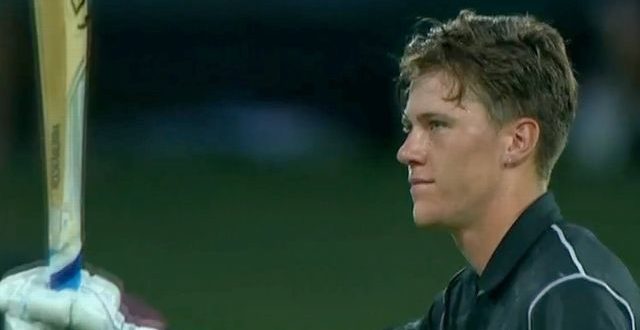 WI Lose Opener to NZ in ICC Under-19 World Cup

Rachin Ravindra and Finn Allen, two men who were part of New Zealand’s disastrous Under-19 World Cup campaign two years ago in Bangladesh where they finished tenth, opened the 2018 edition at home with stirring displays. West Indies, the defending champions, slumped to a eight-wicket defeat at Bay Oval in Mount Maunganui, the manner in which they collapsed reminiscent of their seniors, who endured a winless tour of New Zealand not too long ago.

Ravindra picked three wickets with his left-arm spin while Allen, the No. 3 batsman, brought up a counter-attacking 92-ball century, his first in youth ODIs, as New Zealand cruised home with plenty to spare. Allen, who was unbeaten on 115, forged a second-wicket stand worth 163 with Jakob Bhula, who made 83. Ravindra’s dismissal for 16, flashing at a short and wide delivery that he nicked to the wicketkeeper off Ronaldo Alimohamed, was the only blot in an otherwise ruthless display.

A hint of rain and a thick cloud cover made conditions ideal for West Indies’ pacers to exploit. But they sprayed the ball all over the pitch. Their sloppiness on the field didn’t help either. What could’ve been an intense contest turned rather cold halfway through the chase. Allen was strong square of the wicket, but his use of the sweep against spin was particularly impressive as he chugged along consistently at over a run-a-ball. Bhula, slightly more circumspect to begin with, grew in confidence but fell to a tame caught-and-bowled dismissal with the target within touching distance. Allen then saw off the chase with captain Kaylum Boshier just as rain started to spit down.

While Allen polished off the runs, it was Ravindra who broke West Indies’ back after their openers Kimani Melius and Keagan Simmons, nephew of batsman Lendl Simmons, put together 123 in 27.2 overs to set a solid platform. Ravindra, who cleverly varied his pace and use of his angles, finished with 3 for 30 off seven overs as West Indies, handily placed at 149 for 2, were restricted to 223 for 8 in 50 overs. Simmons, who battled through the innings and looked set for his maiden youth ODI century, was left unbeaten on 92.