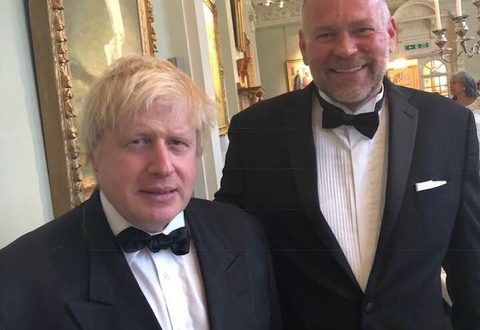 [Press release]  The recent partnership between two of the region’s most powerful and recognised brands, West Indies Cricket and Sandals Resorts International to host a charity T20 match at Lord’s Cricket Ground in London to support hurricane relief efforts across the Caribbean, is being hailed as a resounding success by all involved.

The game was played between World T20 champs the West Indies and an ICC World XI, resulting in a comfortable win for the regional side.

Several Caribbean countries were devastated by an extremely active hurricane season last year, including two Category 5 storms that tore through the Caribbean all the way up to Florida. As recovery efforts continue, Sandals was both proud and pleased to build on the work already being done by the Sandals Foundation in these countries, by agreeing to sponsor the West Indies senior team for the charity game against the ICC World XI, which featured several international stars.

Led by Carlos Braithwaite and decked out in their new Sandals’ kits, the West Indies scored 199 for 4 batting first, going on to dismiss the ICC World XI for 127 to register a convincing 72 run victory.

The action was not limited to the field of play however, and several dignitaries including British Secretary of State for Foreign and Commonwealth Affairs Boris Johnson, attended a gala dinner hosted by Sandals the night before the match at the famous Lord’s Long Room.

Speaking on the partnership with Cricket West Indies Sandals U.K. Managing Director Karl Thompson said, “As ambassadors for the Caribbean Sandals is delighted to be involved in such a prestigious event. The brand has been the pioneer of luxury hospitality initiatives for over 30 years in the region so to be able to give something back always means a great deal to everybody involved with Sandals”.

The icing on the cake was of course the win by the West Indies, with Chief Executive Officer of Cricket West Indies Johnny Graves indicating that his organisation was looking forward to working more closely with Sandals in the future. All proceeds from the match went to the hurricane relief efforts in the Caribbean.