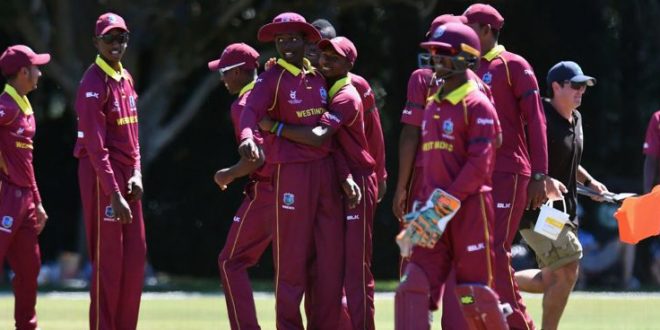 [ESPNcricinfo] West Indies wicketkeeper Joshua Persaud has left halfway through the Under-19 World Cup in New Zealand following the death of his mother.

Persaud’s mother was killed in a car accident in the USA, and Cricket West Indies made immediate arrangements for him to fly out on Saturday night to Guyana to be with his family.

The 17-year old, who played the warm-up match against PNG on January 8, did not feature in any of the team’s three group-stage games.

Persaud’s team-mate Raymond Perez picked up an ankle injury and also left for Guyana on Saturday night. He is set to be replaced by Jamaica’s Brad Barnes, but no replacement has been named for Persaud yet.

West Indies, the defending champions, won just one of their three group games and did not make it to the knockout stage.