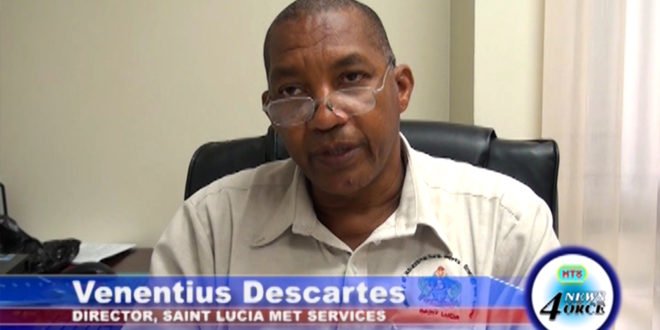 Saint Lucia can expect fair to partly cloudy skies, as a current tropical disturbance moves across the region over the next 24 hours.
As of Monday afternoon, the system was located 32.5 miles east south-east of Trinidad with its position at 8.8 degrees north and 56.8 degrees west.
According to the Saint Lucia met services, over the next 24 hours, St. Lucia can experience winds of 23 miles per hour.

Director of Saint Lucia met services Venentius Descartes says Saint Lucians can also expect some showers as the system continues to move through the region through to Tuesday.

Although no significant flooding is associated with the tropical disturbance, Saint Lucians are urged to remain vigilant.