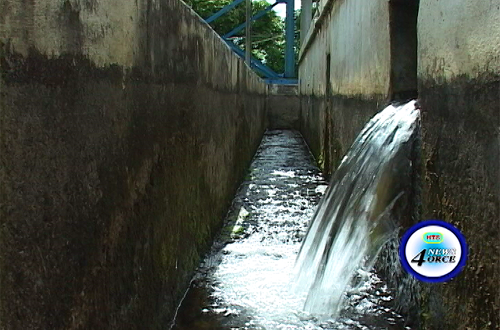 [Press Release] Prime Minister Allen Chastanet has announced his government’s support for a one hundred percent waiver of water bills from the Water and Sewerage Company WASCO on accounts prior to February 28th 2018.

The pronouncement came on Monday during his feature address at the launching ceremony of the first phase of the Dennery North Water Supply project. The massive undertaking was jointly funded by the government of St Lucia and its Mexican counterpart to the tune of $US6.6M for the completion of phase one.

Residents of Dennery North who did not have access to quality water for several years have begun to benefit from the upgrades in the supply, from the Tomazo plant.

During his presentation Prime Minister Honourable Allen Chastanet informed that while all Dennery North residents enjoyed a zero balance on their accounts which were wiped clean during the amnesty period, billing will resume from March 1st 2018.

“Our government in its own little way wants to advise that the board of WASCO has agreed that it’s going to waive all the debts they were owed up until February 28th of 2018, but is hoping that now that you have a good quality of water, collecting the bills in the future will not be a difficult process”.

It is important to note that residents of the area who had been disconnected must pay the reconnection fee in order to regularize their accounts.

Phase two of the project will begin in due course.