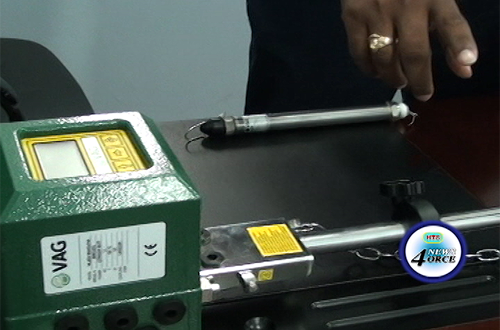 WASCO condemns another act of vandalism

[Press Release] The Water and Sewerage Company Inc. WASCO strongly condemns the vandalism of its infrastructure following the damage caused to the red main above the Castries River.

The caution comes just one day after renovation works were conducted on the line over the weekend. Technicians conducted the repairs on Saturday afternoon, following a comprehensive assessment of the situation. The main supplies water to residents in Lower Entrepot, Lower Chabot, Sunbilt, Ceders, Patterson’s Gap, Marchand, New Village, Leslie Land, Lower Pearts Gap, and Waterworks.

Our initial assessment, following new reports that the line had been damaged again, suggest that vandals may have stolen some of the brass replacements that were installed on Saturday. It is suspected that the damage was done at some point during Saturday afternoon and early Monday morning.

Sadly this is not the first time that vandals have damaged the red main and WASCO wishes to strongly advise the public against the intentional destruction of company property. Further, WASCO wishes to stress that it is illegal to vandalize or destroy company property and that anyone caught defacing company infrastructure will be made to feel the full extent of the law as stated in section 90 of the water and Sewerage Act chapter 9.03.

“A person shall not willfully

(1) Cause any pipe, valve, cock, cistern, bath, sink, pan, water closet or other apparatus belonging to, or connected with, the waterworks to be out of repair, or to be so used or contrived in such a way that the water supplied to such person is likely to be wasted, misused, unduly consumed or contaminated:

(b) cause any pipe belonging to or connected to a pipe of the waterworks to be used or manipulated in such a way as to occasion or allow the return of foul, noxious, or impure matter therein;

(c) remove, tamper with any gauge, meter , measuring instrument, level, mark, or any other appliance forming part of the waterworks

(d) damage any part of the water works or sewerage works

(3) In the event any damage results to waterworks or sewerage works from the commission of any of the offences mentioned in this section, the court may, in addition to the punishment imposed under subsection (2), order the person convicted under that subsection to pay compensation to the service licensee’.