Home / News Updates / ‘Want to take South Africa back to No. 1 and then win the World Cup’ – Gibson 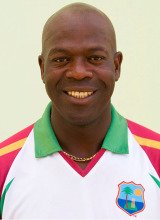 ‘Want to take South Africa back to No. 1 and then win the World Cup’ – Gibson

Ottis Gibson was officially unveiled as South Africa’s head coach on Tuesday morning. His first day of work included an 8am press engagement and a whip around the Highveld to two of the three first-class matches being played. In a wide-ranging first interview, Gibson addressed everything from his coaching philosophy to how he will choose his support staff, and the challenge of taking on Bangladesh.

What made you interested in taking the South African job?

To me, South Africa is a sports-mad place. The rugby team has had success – maybe not last Saturday but we won’t talk about that. I watched that game, by the way. I’m invested in the whole process of now being sort of an adopted South African so I watched that game and I feel the same way you feel. With the cricket team, there’s a lot of talent there and there’s a lot of people – Steyn, Morkel, Amla, Duminy, de Villiers – that have done unbelievable things in cricket – a lot of it individually and a lot of it as a team. With the World Cup in mind, there’s an opportunity for us to do something really special and that’s the focus over the next two years.

What is your coaching philosophy?

It evolves all the time. When I got involved in coaching I wanted to make a difference to people, I wanted to improve people, not just cricket, and I wanted to take people to a place they have never been before. If I use Stuart Broad as an example, I played with him at Leicester and I was then able, a couple of years later, to go and coach him. I have lots of good conversations with him about where he wants to be. It’s the same with the team. When I got involved with West Indies, I was thinking what can I do with West Indies? Where are we now? Where do we want to be in the future? We all know the recent history of West Indies cricket and where it is at the moment but I was able to take that group of people from very talented players but not necessarily a team to getting that group of players who were together at the 2012 World T20 and then to win that. Everybody thought, “Yeah, they are going to do alright and entertain,” but we also stayed together as a good unit and then went on and won. I’m sure my philosophy might evolve again but that’s it coming into this environment; to look at where the team is and where they want to go.

What are your main goals?

The Proteas have been to No.1 in the world on a few occasions and not very long ago they were No.1, so we’ve got people within the team who know what it takes to get to number one, so what we need to do is make sure that their love and passion for the game…have they still got that passion? Can they get it back? That is the key. The senior guys in any environment drive the environment. We’ve got quality senior players. Are they still invested in getting back to the pile again? If they are then we’ve got a great platform. That is my philosophy for the next two years – taking the Proteas back to the top of the pile and then winning the World Cup.

What will it take to win the World Cup?

What I always try to do is take people back to when they started playing the game. Why did you play the game before, the love that you had for the game at the start and where you are now, now you’ve got some money in the bank and your family is secure but where is the love for the game. Have you still got that? Because that’s important going forward. If we are going to win things when the pressure is on and you can still think about when you got involved in the game and think of having dreamt about being here for a long time. When you think of the World Cup in 2019, you go and you are under pressure and you can strip all the pressure away and think ‘I have dreamt about this my whole life’, maybe that gives you the edge to relax under the pressure and let your best cricket come out.

The World Cup aside, are there any concerns that need to be looked at immediately?

Perhaps the most crucial thing for me, coming as a former fast bowler, is that we have four quality fast bowlers injured. That’s a problem, straight away. To win a match, you need to get 20 wickets. If you can have your best four fast bowlers fit and ready for you then that gives you a great chance of winning Test matches.

South Africa have had other issues with player availability (sabbaticals, Kolpak departures etc.) How will you build a unit against this backdrop?

Often what you see in the public is not the reality. The reality is what goes on in the dressing room and how the player presents himself there. As we all get older, perspective changes. The thing is if people are still invested in the team. Every team has a code of conduct or team charter, a way they want to be seen to the wider public and represent the country. From speaking to Faf and other people involved in the Proteas, they have a very strong ‘Protea fire’ concept going that is well respected by the players. I’m looking forward to getting involved in that and seeing how it translates onto the field. But when you get to the end… When I was getting to the end, the question I asked myself was ‘what do I want my legacy to be?’ The guys that are coming to the end now, what is it that you are going to leave behind? If it is a World Cup win in 2019, then what a way to go out. If everybody starts to get into that mode then we are climbing a mountain on the way to doing something special.

Creating a relationship with captain Faf du Plessis has been spoken of as crucial, how’s that going?

You are yet to pick your support staff. What are you looking for?

Cricket is not like football where the manager gets fired and the next person that comes in brings a whole new support staff. I’m very aware that I’m coming here and I have a game in two weeks, so it doesn’t give me a lot of time to go and pick people and say, ‘Come we’re going to go and do this great thing in South Africa’.

The other thing is that the guys who were here before were part of the team that took the Proteas to No. 1, so they know the players very well. What I’ve decided along with CSA is to keep the people in place for the moment, and that will give me time to assess them and see what else is out there, so that by the end of the Bangladesh series I can say to CSA, ‘Right these are the people that I want.’

I’m very much aware of the transformation issues, and certainly when it comes to picking support staff that will be a part of it. I’ve been given the backing of CSA to pick what I consider to be the best people to take the team where I want to take it and to work with me. Over the course of the next five or six weeks, when I speak to coaches I’m going to try and get the best people for the jobs that I want them to do.

Transformation is also an important consideration in team selection. How will you adapt to that?

Are you excited by some of the players you may have at your disposal?

Absolutely. Aiden Markram didn’t play in England but I’ve heard a lot of great things about him. I’m looking forward to going up to SuperSport Park and seeing him play. [Kagiso] Rabada is an outstanding talent. The England players really respected Temba Bavuma and the way he played. I spoke to Alastair Cook at the end of the series and he said that this has been some of the hardest batting conditions he has seen for a long time in England. The way Bavuma played with a solid technique, the England bowlers were very impressed by him. I hope that series will give him a lot of confidence going forward. There are other youngsters I’m looking forward to seeing as well.

How challenging do you expect your first assignment against Bangladesh to be?

I don’t want us to get into the situation where we think it is an easy series. We saw how Bangladesh played against Australia and I was in Bangladesh with England last year and Bangladesh won a Test match against England as well. Bangladesh is becoming a very confident international Test team now so I don’t want us to get into the comfort zone where we think, “Oh, its Bangladesh, it’s an easy series. I know they are going to be tough. They’ve got Courtney Walsh on their support staff and their head coach is doing a good job with them. We need to make sure we are ready for that challenge and that’s why I told CSA we need to get everybody playing because we haven’t played a Test match since August in England. We don’t want to go into that Test match with no cricket and get caught unaware.

It was at your request that the national players were made available for the opening round of first-class matches. Will we see more of that in future?

My first thought around getting the guys playing cricket this time is that they haven’t played a lot of cricket, they are coming out of winter and we need to make sure we are up to speed when it comes to the Bangladesh series. Going forward, I look back to when I played for West Indies and when I went back to Barbados, I was very eager to play for Barbados because that’s where I started. For the most part, that’s where you are most comfortable. Sometimes playing international cricket is not really a comfortable place so you have to go back and play with guys that might not make the step up to international cricket but they are your mates, they are the ones that you played with before and that’s where you started to really get your love for the game.