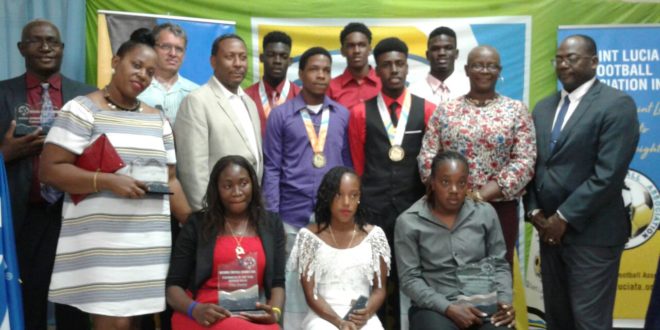 Among the guests present at the ceremony were the Minister for Youth Development and Sports, Hon. Edmund Estephan, and Sen. Fortuna Belrose. Prior to the announcing of awardees, a special tribute was made to National Football player, Bradley Cyril who met his untimely death due to a motor vehicular accident last month.

The St. Lucia beach soccer team were highlighted as one of the stars of the evening, having brought home gold from the Commonwealth Youth Games in 2017.

The ceremony culminated with congratulatory messages going out to:

Chris Dermont – Coach Of The Year

Various media houses, including HTS were recognized and awarded with the Brian Mc Donald Media Aw