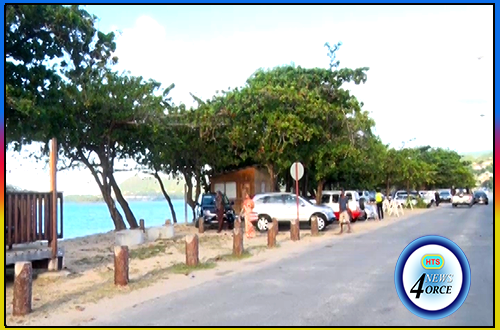 Just over 2 ½ years after a sod turning ceremony, the Vigie Beach vending facility has been officially handed over to the government of Saint Lucia.
The Taiwanese government-funded project sought to enhance the recreation and dining experience near the George F.L Charles airport.
The ceremony was held on Wednesday February 15th and marked one of the last public appearances for Taiwan’s ambassador in Saint Lucia, H.E Ray Mou, who is wrapping up his diplomatic stint here, as he prepares to head to the Middle East.