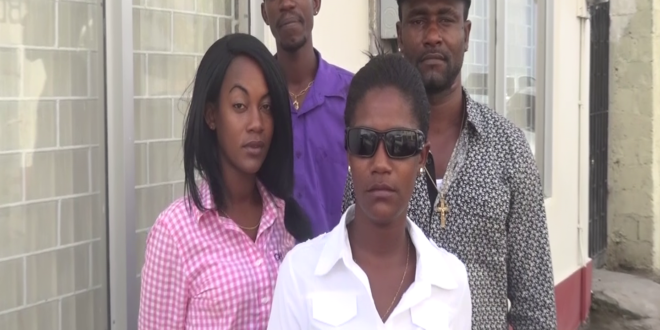 Members of the Roberts family

One suspect in the March 8th homicide of 52-year-old Vergil Roberts was brought before the Second District Court in Vieux-Fort on May 9th.

Family of the victim gathered at Second District Vieux-Fort to demand justice. Shannon Robert, daughter of Vergil Roberts explained to HTSNews4orce the family continues to endure emotional grief from the incident. Listen below

Roberts was found dead at her Cantonement home in Vieux-Fort. Initial investigations revealed multiple injuries about the body with severe injuries to the head, face and eyes secondary to blunt force trauma.