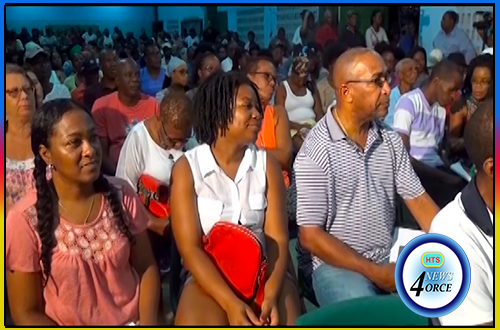 The Vieux Fort citizens coalition for change held a massive town hall meeting in Vieux Fort on January 11th, to outline concerns about the DSH deal and hear from residents of the south.
The meeting attracted a wide cross-section of citizens, from farmers and community group representatives to business owners and musicians.
The event’s guest speaker was former Castries Central MP Richard Frederick, who presented a scathing report on the DSH agreement and called on citizens to demand accountability from the government.

2017-01-12
Alison Kentish
Previous The St. Jude Audit Is In
Next UK Backs Raise Our Voices Training For Support Agencies