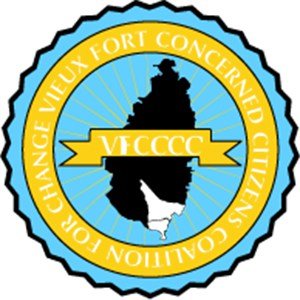 PRESS RELEASE: The Vieux-Fort Concerned Citizens Coalition for Change (VF4Cs) is once again appealing to the Prime Minister Allen Chastanet and his Administration to hasten the completion of the St. Jude Hospital Reconstruction Project and restore delivery of reliable, dependable, affordable and quality healthcare services to the people of Vieux-Fort and the rest of the southern region.

The government’s handling of the St. Jude Hospital Reconstruction Project can best be described as a fiasco of unfathomable proportions. The Allen Chastanet Administration abruptly stopped worked on the project when it assumed power following the June 6, 2016 General Elections. The Project Manager, contractors and government’s own consultants for the project were immediately fired without any attempt to engage them in some sort of discourse on the status of the project.

All indications by the previous SLP Administration hinted at the completion and commissioning of the reconstructed health facility sometime in 2017. The current administration, soon after assuming office, commissioned a Technical Audit of the St. Jude Hospital Reconstruction Project (SJHRP) and an Interim Report was delivered in January 2017. This exercise cost tax payers nearly EC$1 million. The report showed that the project has so far cost taxpayers of this country over EC$100 million. The report also identified structural deficiencies, lack of compliance with international standards and some disparity between location of some units and their intended functionality as major shortcomings. But it also recommended the completion of the project (to be informed by a master plan aligned to an overarching national health plan) through a phased approach.

Some 22 months after assuming office and 16 months after receiving the above report, the Prime Minister makes the unbelievable pronouncement in his 2018-2019 Budget Presentation that his administration is yet to decide what to do with St. Jude Hospital. Previous government pronouncements about the future of hospital moved from complete demolition, to repurposing, to building a new health facility in close proximity to the existing St. Jude Hospital in a manner that would incorporate some of the existing buildings into the new facility. And now the Prime Minister declares that his administration is still in a comatose state regarding the future of this important health facility.

The response of the current administration to the St. Jude Hospital problem is unconscionable, insensitive, absurd and reckless. It shows a continuing disregard for the pressing and urgent health needs of the residents of Vieux-Fort and the rest of the southern region in particular and citizens of St. Lucia in general. The provision of reliable, adequate, affordable and high quality health services is a moral obligation of any government and must never be used as a political weapon to make people suffer.

Many independent engineers and knowledgeable health professionals are convinced that the physical deficiencies identified in the SJHRP can be corrected or repaired and, therefore, the reconstruction of the facility should be completed. The current administration has contemptuously ignored such good advice. National anguish over the government’s arrogant refusal to listen to the voices of concern and reason continues to increase.

It is about time that the people of the south are given back their St. Jude Hospital. The Medical and Dental Association has publicly pointed out the inadequacies and unsuitability of the George Odlum Stadium to continue to serve as a major medical facility. The rapidly decaying state of the roof, general working conditions in the constrained physical space of the stadium and absence of certain key, sensitive medical equipment do not enable the hospital staff to deliver high quality health care to patients. Hospital staff and independent observers are deeply concerned that the worsening conditions at the stadium might be heading towards a major medical and human catastrophe. Inspite of this, the Prime Minister has said that St. Jude Hospital will spend another two years at the stadium while the government looks toward building a brand new, state- of- the- art hospital. According to the experts, any new hospital will be costly and take about 6-8 years from conceptualization to commissioning.

It is becoming increasingly plausible to suggest that the government’s “apparent indecision” about St. Jude Hospital is nothing more but a pretext to facilitate the establishment of Teo Ah Khing’s Equine Disease Free Zone, the extent of which is stated in the DSH Framework and Supplementary Agreements. The absence of information, transparency and consultation can lead to speculation and widespread rumours. The government must make it abundantly clear to the residents of Vieux-Fort and the south that the outrageous demands of a dubious investor are not being given priority over the pressing heath needs of a significant percentage of the population of St. Lucia.

The government must, therefore, follow the recommendations of the Technical Audit of the SJHRP -Interim Report and devise a course of action for expediting the completion and reopening of the hospital in the quickest possible time. Health care in Vieux-Fort and the south is in a state of crisis all because of the current administration’s recalcitrance and vacillation about the future of St. Jude Hospital fueled by political mischief.