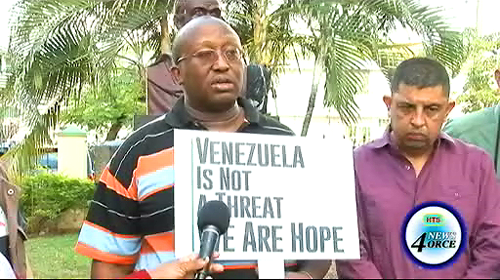 Venezuela’s President Nicholas Maduro has embarked on a mission to gather 10 million signatures before the 7th summit of the Americas, scheduled for April 10-11 in Panama City. The signatures are part of petition to US President Barack Obama to revoke his March 9 executive order declaring Venezuela a ‘security threat.’
The local leg of the campaign is being spearheaded by the Venezuelan embassy, which held its first signature drive at Bideau Park in Castries on Monday march 24th.

There are growing calls for answers on a development at the foot of Gros Piton. …