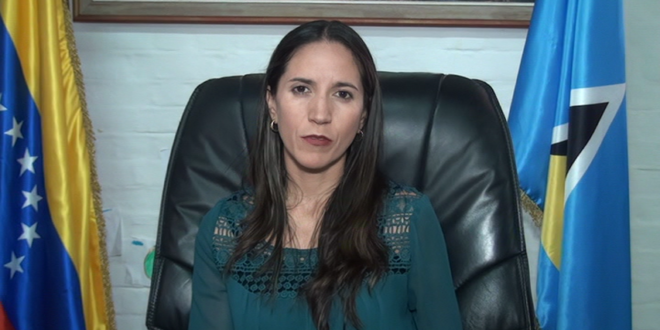 Venezuelan Ambassador to Saint Lucia Her Excellency LieffEscalona confirmed to HTS News4orce – the Embassy is aware of comments by Prime Minister Allen Chastanet to consider  invoking visa restrictions on Venezuelans.

The Saint Lucia Prime Minister issued the diplomatic advisory during the weekly pre-Cabinet press briefing on August 14 after citing crime, the recent civil unrest, and apparent influx of Venezuelan nationals fleeing the country seeking refuge across the region.

“It is something that I believe the government should take to the parliament and let’s have an honest debate about what should  be done in this particular case…It is not something that we can casually say: ‘Yes we should’ or ‘No, we should not.”

Since establishing diplomatic relations in 1979, Venezuela has provided millions of dollars in grants and trade to Saint Lucia. Additionally Saint Lucia nationals have previously benefited from Venezuelan academic scholarships.