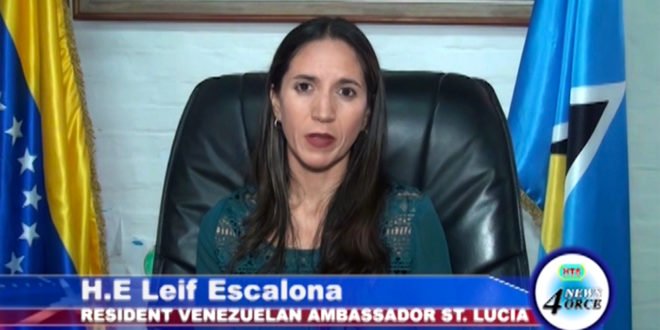 The resident Venezuelan ambassador to Saint Lucia says she has received no indication from government concerning placing visa restrictions on Venezuelan nationals wishing to enter the country.
During Monday’s pre-cabinet presser, Prime Minister Allen Chastanet announced indicated to the media that he had asked immigration officials here to prepare a report to cabinet on the matter.