Home / News Updates / Vendors/CCC Dook It Out Over Stall Removal 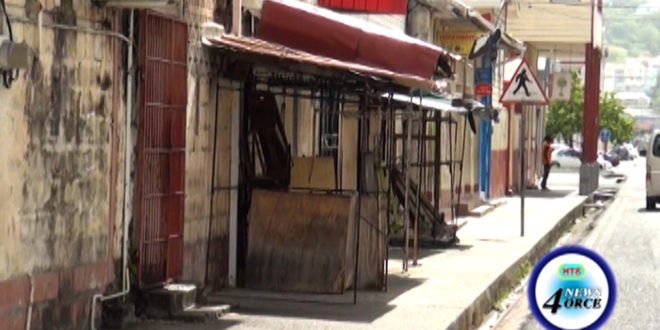 Vendors/CCC Dook It Out Over Stall Removal

President of the vendors association, Peter “Ras Ipa” Isaac has taken issue with the Castries City Council (CCC) handling of the removal of metallic vending huts near the Ave Maria school on the weekend.

Isaac says while he is not averse to dismantling the stalls, he believes the CCC botched the process of relocating the vendors who occupied the area to a more suitable location.

Although there has been dialogue with the parties involved, Isaac contends that the CCC should have worked hand-in-glove with the vendors.

The CCC explains that the stalls were removed due to public safety concerns backed up by a report from the Saint Lucia Fire Service.

Press and communications manager in the office of the mayor, Jason Hullingseed counters that the decision was not high-handed.

He says the CCC has consulted the affected parties who were given additional time to relocate.

The metal structures, which were long-considered an eyesore by a number of administrations, were removed during a clean-up exercise conducted on Sunday may 14th 2017.