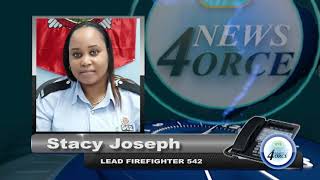 The president of the vendors association, peter ‘Ras Ipa’ Isaac is at hospital recovering from a gun-shot wound. Ipa was reportedly shot by a male individual on Jeremie Street, Castries Tuesday night. The details of the shooting have now emerged with law enforcement stating that both the accused shooter and the victim are being investigated.