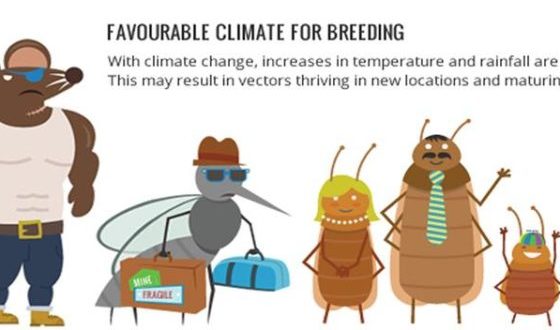 GIS:-The Ministry of Health Continues to Stress the Need for Preventative Measures to Combat the Extensive Breeding of Vectors.

The Ministry of Health yesterday culminated Vector Awareness Week in the community of Micoud.

Dr Sharon Belmar George, Medical Officer in the Ministry of Health, said the activity focused on stemming the spread of vectors and vector borne diseases.

“We hold vector awareness week annually. This is the culminating activity where we intensify the awareness of vectors and vector borne diseases with the objective of reducing the impact it has on the health of persons in Saint Lucia,” she said.

She acknowledged local and regional partnering organizations that assisted the efforts of the ministry.

“I have to recognize the Pan American Health Organization (PAHO) which has funded our intensified week of activities, also the constituency councils that are working with us, the schools, the Saint Lucia Solid Waste Management Authority (SLSWMA) and the other heads of departments of the Ministry of Health.

“During the week we intensified public awareness of the work that the Environmental Health Officers and the Bureau of Health Education Officers do. We also worked closely with faith based organizations, we’ve had a number of health fairs both in the north and the south, and in Soufriere we had a carnival parade with the Soufriere Carnival Association.”

Chief Medical Officer in the Ministry of Health, Dr Merlene Fredericks, recounted outbreaks of dengue fever in 2001, chikungunya in 2014 and the zika virus in 2016. Dr Fredericks said vectors like rats and mosquitoes pose a threat to the productivity and health of the general population, and the island’s largely tourism-dependent economy. She emphasized the need to control the breeding of vectors and the role the public has to play in these efforts.

“Diseases caused by rats and mosquitoes are serious, so we must do all we can to prevent them,” she said. “The theme “Be the Change, Pests Must Go” highlights the role that all of us have to play in preventing the breeding of pests like rats and mosquitoes in our homes, schools, workplaces and communities. Having fewer vectors will lessen our chances of contracting diseases carried by those pests.”

In attendance at the event were students from Micoud primary and secondary schools who performed renditions and dramatizations in line with the theme of Vector Awareness Week. The event was held on June 27.