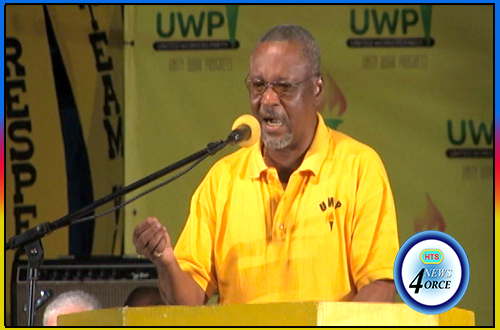 Meanwhile, UWP national security spokesman Hermangild Francis says the opposition party will explore the option of the decriminalization of marijuana, if voted into office at the next general election.
Francis made the disclosure at the Grand Riviere Gros Islet launch of Lenard “spider” Montoute on Sunday.
Francis, who elaborated on the party’s plans for criminal justice reform, continued to blame Prime Minister Dr. Kenny Anthony for the lack of progress on the IMPACS report.