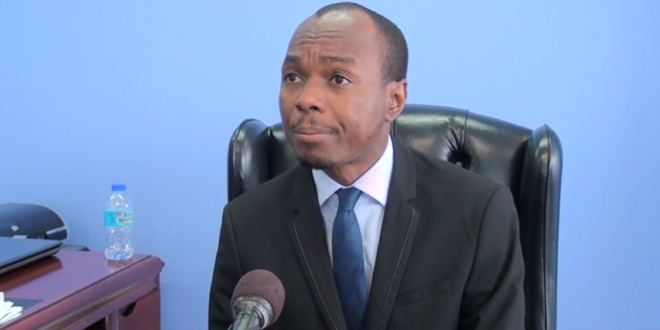 Minister in the Office of the Prime Minister with responsibility for Tourism Mr. Dominic Fedee

The Fourth Estate although not unique to Saint Lucia, continues to have adversarial relations with political organizations and governments.

Saint Lucia’s Minister with responsibility for Broadcasting Mr. Dominic Fedee, a former news reporter, is at the center of a recent controversial verbal exchange with HTS News4orce news reporter Mr. Miguel Fevrier. The apparent fallout stemmed from a question posed by the reporter regarding alleged concessions to Sandals resorts – Mr. Fedee’s former employer.

The Broadcast Minister’s initial refusal to answer the question quickly escalated into insults on the manner of Mr. Fevrier’s journalism. Mr. Fedee called an ‘emergency’ press conference one day later, where he eventually answered the question and defended his decision not to address what he deemed “politically charged” rumors 24 hours earlier.

The Minister has remained adamant that the United Workers Party administration [UWP] is the ‘kinder’ of the two mainstream political organizations to the local press. [Watch video]

Human Rights Reports conducted by the United States is yet to record any instances of political persecution against the press in Saint Lucia. However, historically both the Saint Lucia Labour Party and UWP have recorded dust-ups with the media, which in some instances has resulted in the threat of litigation, civil suits, retractions and, public apologies.

Neither political party as of late has debated modern broadcast legislation in Parliament such as the enactment of a freedom of information act.