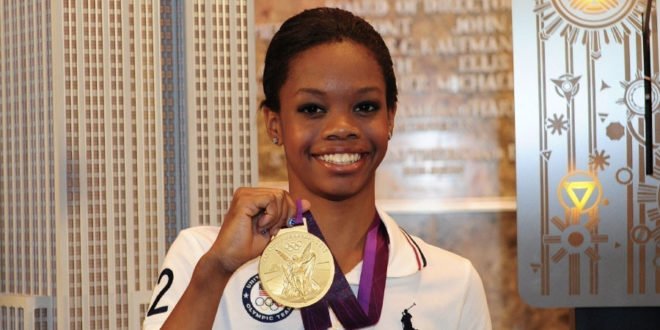 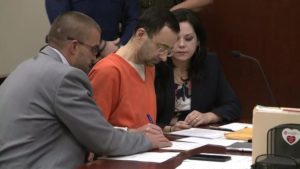 He was charged with molesting seven girls, many of whom are gymnasts, while working for USA Gymnastics and Michigan State University. As part of the plea deal, Nassar, 54, could face at least 25 years in prison. The hearing comes after a third former US Olympian, Gabby Douglas, accused him of sexual abuse.

Ms Douglas, who was one of the so-called Fierce Five that won gold medals at the London Olympics in 2012, revealed her accusation on Instagram.

She offered support for two other Olympic teammates, Aly Raisman and McKayla Maroney, who had already accused the former doctor.

“I didn’t publicly share my experiences as well as many other things because for years we were conditioned to stay silent and some things were extremely painful,” she wrote.

In a statement to the court on Wednesday, Nassar said he was pleading guilty to “stop the hurting”.

“I’m so sorry that this was like a match that turned into a forest fire, out of control,” he said.

“I want them to heal. I want this community to heal. I have no animosity toward any one. I just want healing. It’s time.”

Judge Rosemarie Aquilina responded: “You were trained as healer.

“You used that position of trust that you had in the most vile way – to abuse children,” she said, noting that sex abuse is a nationwide “epidemic”.

“You violated the oath that you took, which is to do no harm, and you harmed them. Selfishly.”

Many of Nassar’s crimes occurred while he was examining the young athletes and at times, happened while the child’s parents were nearby.

He has been accused of abusing more than 140 women during his time as team doctor for the US women’s gymnastics team. They are currently suing him. Nassar’s case was part of a scandal which saw USA Gymnastics president Steve Penny resign last year. Mr Penny was accused by victims of failing to quickly notify authorities about abuse allegations. His victims, who have not been identified, are due to speak during a sentencing hearing on 12 January.

“The defendant was in a position of authority, and used his authority to coerce the victim”, Assistant Attorney General Angela Povilaitis said, adding that several victims were between 13 and 16-years-old.

Nassar has already pleaded guilty to multiple charges of child pornography and could face a maximum sentence of life in prison.

Before accepting the plea, Judge Aquilina asked him to confirm that he did not wear gloves when abusing his victims.

The alleged examinations were “not for any medical purposes is that right? It was for your own purpose, is that right?”, the judge asked.