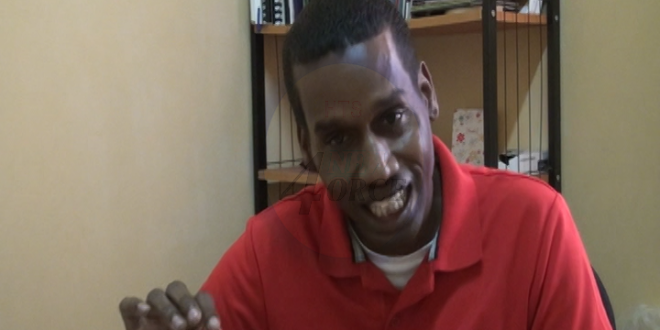 Saint Lucia’s only Lesbian Gay Bisexual and Transgender [LGBT] advocacy group United and Strong [U&S] is on the offensive following what the group deemed as subtle homophobic and anti- LGBT rhetoric spewed by two Ministers of government during a recent Christian-oriented family conference in November.

U&S communications officer Bennet Charles has responded to remarks made by Sarah Flood-Beaubrun co-founder of the Caribbean Centre for Family and Human Rights (CARIFAM) and Cabinet Minister in the office of Prime Minister charged with External Affairs.

Flood-beaubrun expressed staunch support for traditional values and opposition to long-proposed reform of local legislation cited by the LGBT community as discriminatory. Minister Guy Joseph who spoke as Acting Prime Minister called for a return to faith-based, traditional family values.

On November 22nd, U&S, quoting biblical scripture, pushed back at Ministers Flood-Beaubrun and Joseph, demanding answers from the Allen Chastanet-led Cabinet on its official position on the local LGBT minority.

Bennet Charles: “1st John 3:15 states that everyone who hates his brother is a murderer and, you know that no murderer has eternal life abiding in him…CARIFMA is an organization that promotes anti-LGBT and hate messages toward the community and we’re very concerned – we’re very concerned that Minister apparently uses her position as government Minister to promote her beliefs an individual and the beliefs of her NGO itself.”

Saint Lucia represented by Minister Flood-Beaubrun was one of three members of the Organisation of American States (OAS), which in June, chose not to support a resolution condemning violence against members of the (LGBTQI) community.

Every year since 2008, the resolution has been put before the General Assembly of the hemispheric body. This year, Saint Lucia stood against it. Many were not surprised that the government Minister, known for espousing ultra conservative views, did not approve the resolution.

Bennet Charles: “We need to get it clear from the government of Saint Lucia, whether the WCF and CARIFAM had been subcontracted as the moral compass of this country. We want to tell the Minister on your watch, we [U&S] will never go tired, we shall continue to be the voice of the voiceless. We’re asking the Prime Minister…to make clear of the government’s position on the LGBT community…unless this government is siding with the views of the Minister Sarah Flood-Beaubrun and Minister Guy Joseph.”

Minister for Equity Lenard Montoute who also spoke at the CARIFAM conference was more measured in his remarks on social and familial issues in Saint Lucia.

During her presentation at the CARIFAM event, Flood-Beaubrun cited an anti-HIV/AIDS campaign led by United Nations Special Envoy for HIV/AIDS Dr. Edward Greene and UNAIDS which have outlined key objectives to reduce stigma in the region. This includes ‘removing punitive laws’ and, adopting a more inclusive strategy that includes religious organizations to ‘ensure that their policies do not alienate populations most at risk’.