Home / News Updates / US AMBASSADOR: A LONGSTANDING PARTNERSHIP IN PURSUIT OF SHARED GOALS AND PROSPERITY 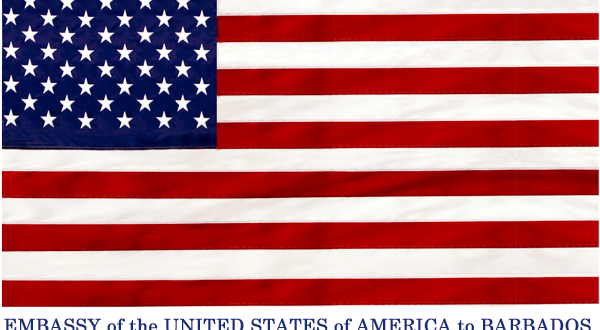 US AMBASSADOR: A LONGSTANDING PARTNERSHIP IN PURSUIT OF SHARED GOALS AND PROSPERITY

I remember the first time I walked down along the Waterfront in Castries.  I was struck not just by the beauty of the country, but also by the warmth of the Saint Lucian people.  Every trip I’ve taken to Saint Lucia has reaffirmed the fact that the Eastern Caribbean is home to some of the world’s friendliest people and most beautiful landscapes.  Moreover, my visits have served as a testament to the unwavering commitment interwoven in the fabric of our relationship.

As I prepare for my sixteenth visit to Saint Lucia, I wanted to draw much deserved attention to the longstanding and productive partnership that the United States has enjoyed with the government and people of Saint Lucia.  Our strong relationship is reflected in the many projects that we have undertaken over the years, and which highlight the impact our bilateral partnership has had on the country’s progress and growth.

As a nation that values freedom, we unflinchingly stood in support of Saint Lucia as far back as its independence.  History testifies to this fact.  Shortly after Saint Lucia gained its independence in 1979, the United States entered into a partnership to improve land registration and titling, which helped Saint Lucians establish ownership rights and have access to credit. This was followed by another initiative to strengthen and grow the small and medium enterprise sector, which are so important to Caribbean economies. These two initiatives improved the wealth and productive abilities of the country’s citizens in the newly independent state.

In the post-independence period of the 1980s and beyond, United States initiatives in Saint Lucia have included empowering youth by providing them with new skills to enter the job market; improving health outcomes, especially in the area of responding to the HIV/AIDs epidemic; strengthening the investment climate through improved business registration and investor tracking processes; and supporting environmental resilience and tangible responses to storms and hurricanes.

Since 1961, our Peace Corps volunteers helped in schools and agricultural extension projects. Today, 32 volunteer educators work in schools and Ministry of Education offices with their Saint Lucian counterpart teachers, developing curriculum and assessment instruments for primary schools and special education programs, in addition to their efforts in summer youth camps and community youth clubs.

I am also very proud that our governments have partnered to strengthen Saint Lucia’s primary education system by improving reading levels of early learners in all primary schools, and reinforcing the importance of science, technology, engineering, and mathematics (STEM) education. One of our most recent projects involves improving critical thinking skills of youth in secondary schools through the inclusion of a robotic and coding program in math, physics, and computer science classes.  Last May, I met many of these students working in teams and creatively solving real-life problems. One of them was a young girl whose passion for coding inspired me.  Within moments, she taught me the practical use of coding, underscoring the critical role of girls and women in STEM. This kind of program is exactly what is needed in our communities – at every level these innovative children represent our future leaders.  Similarly, students in the United States have benefitted from the academic contributions of Saint Lucians, best exemplified by Nobel Laureate Derek Walcott whose work has personally resonated with me.

Our ongoing commitment to youth development in Saint Lucia continues through our sponsorship of participants in the International Visitor Leadership Program, Fulbright Foreign Student Program, Young Leaders of the Americas Initiative, and Youth Ambassadors Program.  In fact, scores of young inspiring leaders have directly benefited from these professional and academic exchanges.  Many of them are already leveraging the resources and networks they cultivated in the United States to the benefit of their local community.

For the people  of Saint Lucia, and the many Americans who have made this beautiful island their home or who visit as tourists every year, we are strategically working together to reduce crime and violence. As a result, and following a series of discussions between our two governments and other interested individuals, an agreement was signed bringing strategic focus to youth crime and violence prevention.

None of this would be possible without having such a strong shared history and common vision.  In support of our shared security and development goals, in 2016, the United States enacted the U.S. Caribbean Strategic Engagement Act to strengthen ties in the Caribbean region and enhance prosperity and security.  This strategy provides the framework through which our partnership will grow even stronger and demonstrates continued support across the fields of education, security, health, and energy, among others.

For Saint Lucians to thrive, we recognize that the future of the country depends on its human capital. I believe that our work together is undoubtedly creating more resilient and prosperous communities. Our partnership throughout the years clearly demonstrates our governments’ mutual respect and commitment to one another. Our accomplishments through collaboration and shared goals are ever present and we look forward to a continued close and mutually beneficial relationship with Saint Lucia in which even greater heights are reached.