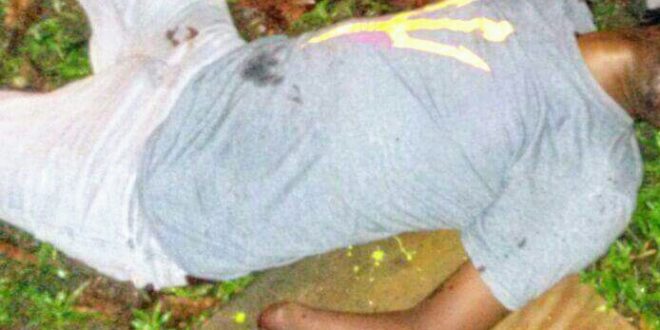 Officers attached to the Criminal Investigations Department, Castries, received a report of a shooting, at Ravine Poisson, about 8:30 p.m. on Wednesday, August 16, 2017.

The incident took place in the vicinity of a local business establishment at Ravine Poisson. Initial reports indicate that Auguste was outside the establishment at the time of the shooting.

Auguste, who was shot multiple times, was conveyed to the Victoria Hospital via ambulance where he was pronounced dead by a medical practitioner about 9:45 p.m.

The female proprietor, who at the time is believed to have been inside of her business, was also injured during this incident, sustaining a gunshot wound to her left thigh. She is currently in stable condition.

No one is currently in police custody in relation to this incident. Investigations into this matter are continuing.

This was the thirty fourth homicide for the year 2017.