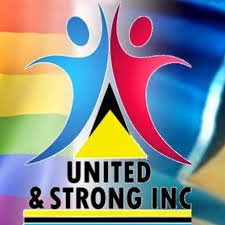 Press Release:-The weekend of November 17th – 18th 2017 was the stage for the very homophobic and anti-LGBT group World Congress of Families (WFC).

This fifth World Congress of Families Caribbean Conference, under the misleading theme “The Family Development – Strong Families, Prosperous Nations”, provided a platform for the continued persecution of not just LGBT persons but our Saint Lucian citizens.

Organized by the Hon. Sarah Flood-Beaubrun,  Minister, with responsibility for External Affairs and founder of the Caribbean Centre for Family and Human Rights (CARIFAM).  The Congress brought together the most fringe activists engaged in anti-LGBT extremism and sort to promote messages of “the natural family”, “Marriage” is the cradle of civilization along with other anti-human rights notions.

United and Strong joins a number of regional and international colleagues in denouncing the hateful anti-LGBT campaign of the World Congress of Families (WCF) and Caribbean Centre for Family and Human Rights (CARIFAM).

We were also perplexed by the presence of the Acting Prime Minister Hon. Guy Joseph and Hon. Lenard Montoute at such a gathering which promotes a value of hate.  Even more disturbing to the organization is the view that CARIFAM/WCF seem to have been sub-contracted as the moral compass of our fair Helen.

We therefore call on the Prime Minister of this nation along with the Hon. Lenard Montoute, to answer this question “are the views expressed by the Hon. Sarah Flood-Beaubrun and her hate promoting colleagues, that of the government of Saint Lucia?”  Clearly, the Minister with responsibility for External Affairs has and continues to use her position as a Government Minister to push the hateful agenda of her organization CARIFAM  and WCF.

The Hon. Sarah Flood-Beaubrun seems to have adopted the posture of being “Split in the middle” speaking on behalf of CARIFAM as a seating member of parliament in the government of Saint Lucia and a Cabinet Minister.  Mrs. Flood-Beaubrun needs to decide on, if she is serving the people of this country or her own anti-LGBT interest?

We call on the Hon. Flood-Beaubrun to show how she truly cares about the women and families of this country by:

United and Strong will continue to be the voice of reason and change for the voice-less and the persecuted.  We shall not tire and we shall not go quietly into the night, the walls of hatred built by such organizations like CARIFAM and WCF shall tumble like the walls of Jericho.