Home / News Updates / Are E-mails being Hacked or Leaked? 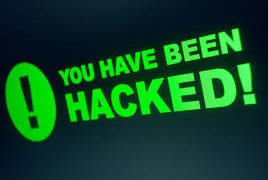 Are E-mails being Hacked or Leaked? 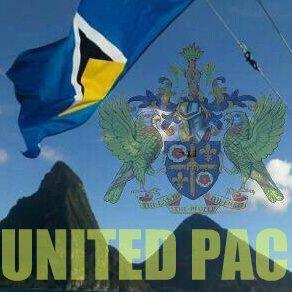 In its mission statement on Facebook, United Pac claims to be a ‘watchdog’.

“United Pac aims to harness the creative skills of its members in serving as a watchdog and advocacy body in promoting and safeguarding the best interest of the youth and exemplifying the standards of good governance.”

But, is United Pac taking its self-imposed mandate literally?

In recent weeks United Pac has published on Facebook and other social media platforms what appears to be private e-mail correspondence of ranking members of the Main Opposition Saint Lucia Labor Party including an [alleged] exchange between the former Prime Minister Dr. Kenny Anthony and, former Member of Parliament for Anse-la-Raye / Canaries Dr. Desmond Long.

The subject of the private e-mails between Dr. Anthony and Dr. Long was about a proposed dolphin park investment by Dolphin Cove for Canaries.

Amid growing objection to a proposed dolphin park development to be constructed at the Pigeon Island National Landmark by Dolphin Cove, United Pac claims the former Prime Minister and ex Anse-la-Raye / Canaries MP secretly conspired to ‘sell the Queen’s Chain’ in 2012.  However, the correspondence suggests otherwise.

United Pac has also released other e-mail correspondence from members of local civil society organizations including the Vieux-Fort Concerned Citizens for Change Coalition [VF4Cs]. V4FCs is against the proposed construction of a manmade causeway to the protected Maria Islands. Desert Star Holdings [DSH] Ltd revealed plans for the ‘southern causeway’ as part of a multi-billion dollar development earmarked for Vieux-Fort in 2017.

Clergyman, Father Kevin Murray’s e-mail to members of the VF4Cs on the Roman Catholic Church’ s statement on the DSH project and, the dolphin park has also been released on social media by United Pac.

How did United Pac obtain what otherwise appears to be private correspondence?

Observers and pundits surmise that collusion between agents of United Pac and members of VF4Cs remains a possibility. Some experts indicate that hacking or electronic surveillance can be another possibility.

There are legislative provisions for intercepting communications r.e the Interception of Communications Act of 2008.

Either the Attorney General or the Director of Public Prosecution can authorize an application, which must then be approved by a judge.

“An authorised officer who wishes to obtain an interception direction under the provisions of this Act shall request the Attorney General or the Director of Public Prosecutions to make an application ex parte to a judge in chambers on his or her behalf.”

United Pac is widely suspected to be linked to the United Workers Party [UWP]. The UWP Administration led by Prime Minister Allen Chastanet has not publicly addressed the alleged hacking scandal.

The penalty upon conviction in unlawful surveillance cases carries an EC $20,000 fine and / or, a four-year prison sentence.

“Except as provided in this section, a person who intentionally intercepts a communication in the course of its transmission by means of a public postal service or a telecommunications network commits an offence, and on conviction on indictment, is liable to a fine not exceeding $20,000 or a term of imprisonment not exceeding 4 years, or to both.”

THINK FORWARD, suspected to have links to the SLP, has also previously published confidential documents and correspondence on social media.