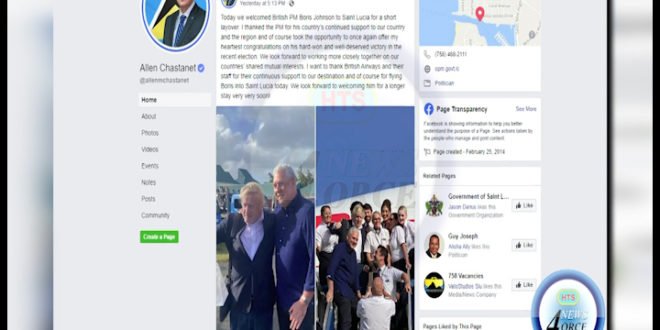 Prime minister Allen Chastanet met the prime minister of the united kingdom Boris Johnson who is on vacation in the Caribbean.
The head of the conservative tory party is riding high after a land-side victory at the recent general election, which solidifies the push to exit the European union.
Chastanet who heads the conservative united workers party in saint Lucia has pledged deeper
Co-operation with the UK government.