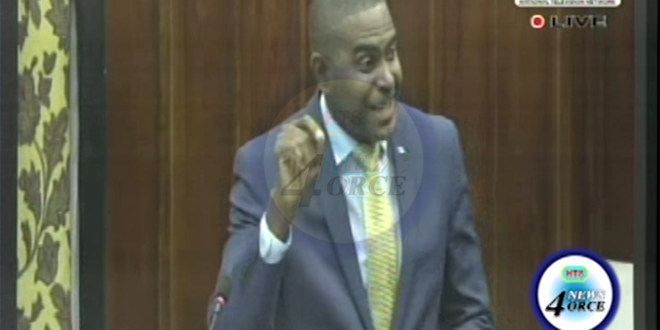 Minister in the Ministry of Finance, Dr. Ubaldus Raymond

The Senate passed the Air Port Development Bill following debate in the Upper House on December 7.

Minister in the Ministry of Finance, Dr. Ubaldus Raymond vigorously defended the government’s decision to implement the airport tax to facilitate borrowing to upgrade the Hewanorra International Airport.

The Leader of Government Business in the Senate harped on the importance of an efficient tax system.

He contends that the 35-dollar airport tax will raise the revenue needed for the airport project without burdening the Saint Lucian taxpayer.

The two main political parties have been at odds on what model is best suited to renovate the airport.

While the SLP touts a public private partnership, the UWP Administration believes retaining ownership and taking out a loan is the best way to go.

Dr. Raymond made it clear that the government is not sold on the PPP arrangement, citing what he alleges are historical examples of diminished quality and maintenance during the operational transfer phase.