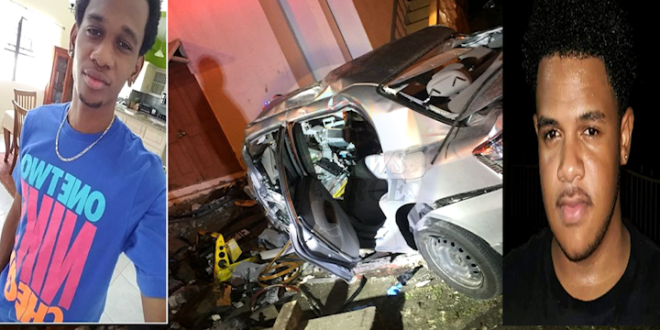 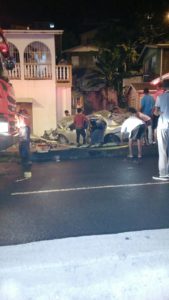 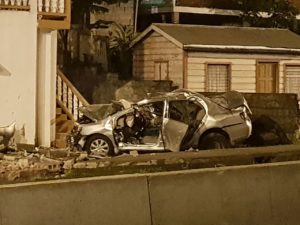 Initial reports from first responders indicate Cyril was behind the wheel when the vehicle [registration 6307] veered into the median barrier and spun out of control. 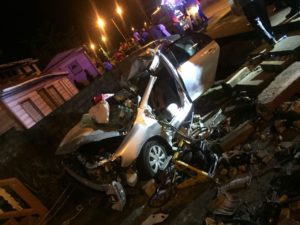 Cyril and St Omer were pinned inside the mangled wreck after the vehicle eventually came to a rest several meters away from the initial impact. 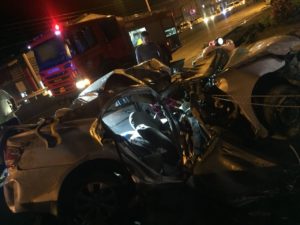 Two fire units and an ambulance responded to the scene of the crash. According to the Fire Service, an unresponsive Bradley Cyril succumbed to injuries at hospital. Brandon St Omer who rode in the passenger seat had to be extricate from the vehicle. Despite St Omer’s faint vital signs he too succumbed to injuries. 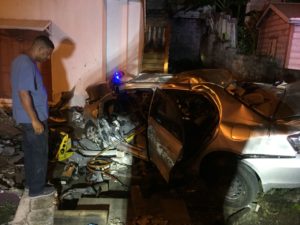 The mid-night crash is the first recorded fatal road accident of 2018. 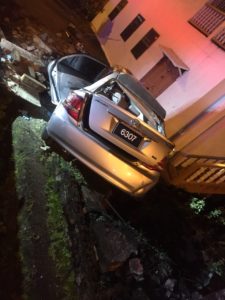 Authorities are working to determine the cause of the crash.

2018-01-20
Previous No Windies players in ICC Test, ODI teams
Next ANOTHER DAY IN COURT FOR TEACHER IN SEX OFFENSE CASE