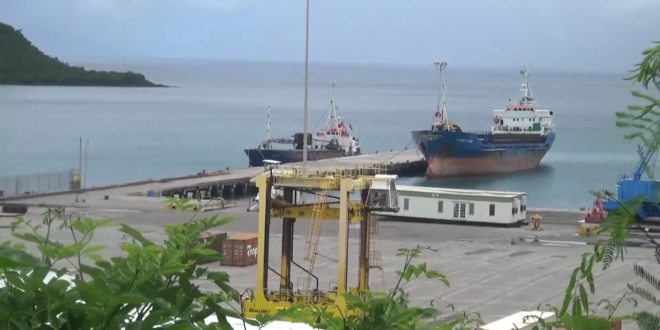 Two Busted for Attempting to Ship 140LBS of Ganja to Barbados

Police sources have confirmed to HTS News4orce that at about 1:26 pm August 2, two men in a pickup attempted to export a package to Barbados from the Vieux Fort Seaport.

The package aroused the suspicion of Port authorities who then proceeded to conduct a search.

News4orce understands that as the search commenced, the two individuals fled the scene, leaving both the package and the vehicle behind.

The search revealed that the package contained two smaller bundles of a substance believed to be cannabis, weighing a total of 141 pounds.

The individuals, neither of whom were the owners of the vehicle turned themselves in to authorities two days later.

The men, identified as Thomas Augustin of Au Tabor, Anse La Raye and Deniere Riviere/Dennery resident Robby Etienne were both arrested and charged for the offenses of Attempting to Export Cannabis, Possession and Possession with Intent to Supply Cannabis.

Augustin and Etienne were taken before the Second District Court where they were bailed in the sum of $18,000 dollars each.