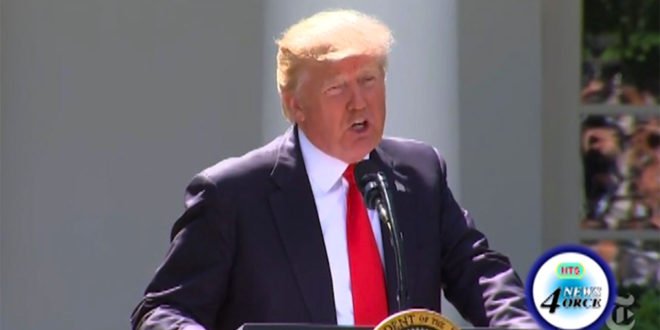 It is official – the united states will pull out of the Paris Climate Change Agreement.

As the world looked on, US President Donald Trump confirmed the withdrawal, describing the accord as draconian in its financial and economic requirements.

It was a decision that local lawmakers were closing monitoring and St. Lucia’s Prime Minister and Minister for Sustainable Development weighed in on the possible implications ahead of president trump’s announcement.