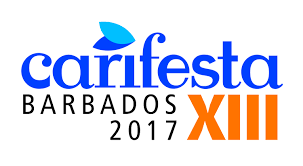 A statement issued by the Ministry of Culture on Thursday night revealed that the the Opening Ceremony of CARIFESTA XIII which was scheduled for Friday, August 18, at Kensington Oval, has been postponed due to the approach of Tropical Storm Harvey.

Minister of Culture, Stephen Lashley, made the disclosure, explaining that preparations for the impending weather system had greatly impacted the arrangements for the opening ceremony.

“The national response ahead of the system has forced the cancellation of the mandatory dress rehearsal which was scheduled to be held at Kensington Oval this evening…  Immediate measures have also had to be taken to safeguard equipment at the venue,” Mr. Lashley stated.

In addition, the Minister noted that due to the expected inclement weather, some flights would be impacted, and some of the delegations due to arrive in Barbados would be delayed.

Mr. Lashley said that a new date for the opening ceremony would be announced “very shortly”, and all tickets and arrangements for entry to the event would be honoured.