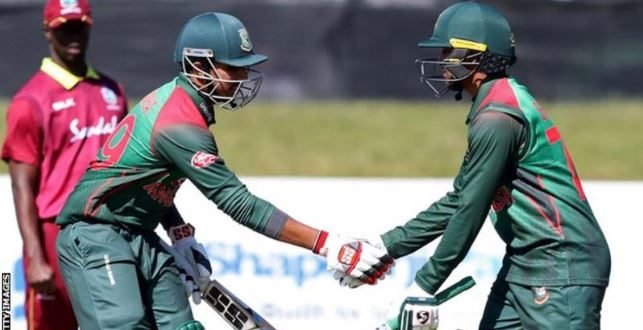 BBC- Bangladesh beat West Indies by five wickets to set up a Tri-Series final against the same opponent on Friday.

Mushfiqur Rahim and Soumya Sarkar both got half centuries to seal a convincing run chase after West Indies could only manage 247 after electing to bat.

Shai Hope and Jason Holder were the only West Indies batsmen to score heavily but both fell to the bowling of Bangladesh captain Mashrafe Mortaza.

The win for Bangladesh ended the final prospects of tournament hosts Ireland.

Bangladesh, who have now beaten West Indies twice in a week, will play Ireland in a dead-rubber match on Wednesday before the final on Friday.