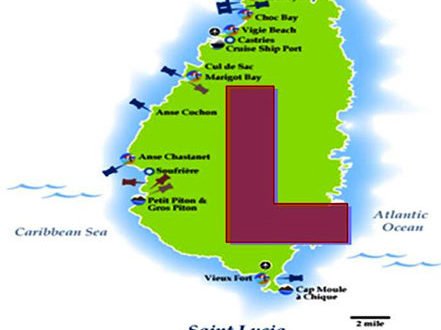 Transport Minister’s remarks “unfortunate” and could have “consequences” – N.A.D.S

Press Release: The N.A.D.S. (National Association of Driving Schools) is saddened by the pronouncements of Hon. Guy Joseph at the pre-cabinet press briefing on Thursday March 8th, 2018. In this press briefing Hon. Guy Joseph, the Minister with responsibility for Transport (A portfolio which he has held cumulatively for about 7 years), purported to address the video released by N.A.D.S. The video Highlighted the fact that in the 80’s when there were only 5 driving schools the requirement was 3 examiners, fast forward to 2018 where there are over 40 driving schools and over 60 driving instructors, we found ourselves having only 2 examiners for the entire island.

In the video, N.A.D.S. President Kingson Jean made an impassioned plea to have a third examiner instated by the end of February and to have a fourth examiner installed within a six month period.

The third examiner has subsequently been approved by the Public service commission on a 9 months contract and he commenced his role on Monday May 5th, 2018. Another Issue raised in the video was the fact that N.A.D.S. was promised by Hon. Guy Joseph, that there would be quarterly meetings with him to address Driving School and road safety matters.

These meetings have never materialized as efforts by N.A.D.S. to arrange these meetings with the Minister have been met with deafening silence.

In addressing the video, it was unfortunate to see the minister deflecting from these very pertinent issues, while devaluing Driving Instructors, his Ministry and His staff. Here are some of the claim made by Hon. Guy Joseph and pointed answers to them by N.A.D.S.

We do implore the Minister Hon. Guy Joseph to be selective in his pronouncements as they have been unfortunate, severely wanting and could have dire consequences. As an association we are working to raise the standards of all our members and to  promote road safety among all road users. To this end we have instituted a “N.A.D.S Approved” Sticker which would be clearly displaced on all approved driving schools of the association. By doing this members of the public can know that they are conducting business with a reputable and ethical driving school. We are continuing to engage in school programs where we promote road safety to children.

In recent years we’ve used the ministry of infrastructure conference room and other such like facilities, where we’ve conducted workshops for our members using local resource persons covering ethical business practices, Hygiene, Traffic laws, financing, auto mechanics, Proper methods of instructing by D.V.S.A instructors from the U.K. In our continuing pursuits of opportunities for our members to be trained we are hoping to have attend driving instructors training program in Washington DC. later this year. We would be honored if Hon. Guy Joseph would accompany out members to Washington, so he can determine first hand if our training meets his standards.

We would like to thank the members of the public for their support as well as the Chief Transport Officer, Examiners and Staff of the Ministry of Transport for their hard work.