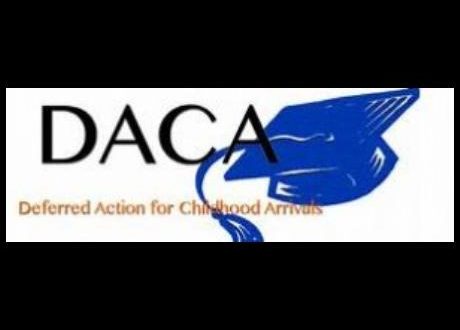 WASHINGTON, CMC – Amid deep concerns that United States President Donald J. Trump could end an Obama-era policy of protecting young, illegal Caribbean and other immigrants, top US executives at a number of companies, business groups and academic institutions have collaborated in voicing support for Deferred Action for Childhood Arrivals (DACA).

In an open letter, more than 350 executives and other organisation leaders have urged Trump and congressional leaders to preserve DACA, a five-year-old program that offers a reprieve from deportation to nearly 800,000 people brought to the US as children, known as “Dreamers,” according to the Wall Street Journal.

“Dreamers are vital to the future of our companies and our economy,” the letter says. “They are part of why we will continue to have a global competitive advantage.”

The letter was signed by top executives at dozens of tech firms,including Apple, Amazon and Google as well as the   chief executives of General Motors and Starbucks as well as  leaders of trade groups, nonprofit groups and investors, including Warren Buffett, the Journal said.

It said the effort was coordinated by FWD.us, a pro-immigration lobbying group co-founded by Facebook  Chief Executive Mark Zuckerberg, who also signed the letter.

The business executives said that denying Dreamers work authorisation could result in the loss of US$460.3 billion from the US economy and US$24.6 billion in Social Security and Medicare tax contributions.

The White House has also faced pressure to end DACA from critics of the program who complain that it wasn’t authorised by Congress and is an overreach of executive authority, the Journal said, adding that a group of conservative states have threatened to sue the administration if it doesn’t act to end the program by September 5.

During the presidential campaign, Trump called the programme an “unconstitutional executive amnesty,” but softened his stance after he took office, according to the Journal.

On Friday, Trump said he would announce a decision by Tuesday on whether he will end DACA, declaring, “We love the Dreamers,” even as his White House grappled with how to wind down their legal status, according to the New York Times.

It said Trump has agonised publicly over the fate of immigrants who were brought to the United States without authorisation as children, and who are now protected from deportation and allowed to work under the program.

In recent days, White House officials have recommended that the president end DACA. Several administration officials said that Trump is likely to phase out the program, but his advisers have engaged in a vigorous behind-the-scenes debate over precisely how to do so, the Times said, noting that officials, who spoke on condition of anonymity because no decision was final, also cautioned that the president was conflicted about the issue and could suddenly change his mind.

Asked on Friday whether “Dreamers” should be worried, Trump did not respond directly but expressed sympathy.

“We love the Dreamers, we love everybody,” Trump said in the Oval Office, flanked by faith leaders after signing a proclamation of a day of prayer for those affected by Hurricane Harvey. “We think the Dreamers are terrific.”

In recent days, US Attorney General Jeff Sessions and White House Counsel Donald F. McGahn II have privately made it clear to Trump that they could not defend the program in court, and a group of state attorneys general led by Ken Paxton in Texas have threatened to mount a legal challenge if the president did not act to end it by Tuesday, the Times said.

But asked Friday whether the Dreamers impacted by the storm in Texas and Louisiana were weighing on Trump as he contemplated the fate of the program, Sarah Huckabee Sanders, the White House press secretary, said: “The decision itself is weighing on him, certainly.”

As the White House struggled to get its rollout in place, pressure was building from a diverse coalition of supporters, including immigration advocacy groups, business executives and some elected Republican officials, for Trump to keep the programme.

“I actually don’t think he should do that,” Speaker Paul D. Ryan said of ending DACA, speaking on a radio station in his home state of Wisconsin. “I believe that this is something Congress has to fix.”

Senator Orrin G. Hatch of Utah, the longest-serving Republican, said in a statement: “I’ve urged the president not to rescind DACA.”

He called for a permanent legislative solution to address recipients’ legal status.

The Republican Governor of Florida, Rick Scott, said: “I do not favor punishing children for the actions of their parents.

“These kids must be allowed to pursue the American dream,” he said, adding: “Congress must act on this immediately.”

Pro-immigration activists said it would be particularly cold-hearted for Trump to end DACA as Texas is struggles to recover from Hurricane Harvey, according to the Times.

“If DACA were to be repealed, they’re going to be going after many young immigrants and families that have been affected by Harvey, that have been trying to keep their lives together,” said Efrén C. Olivares, the racial and economic justice director at the Texas Civil Rights Project.

“Considering a repeal of DACA would be just shocking for anyone who claims to care about Texas and its communities,” he added.