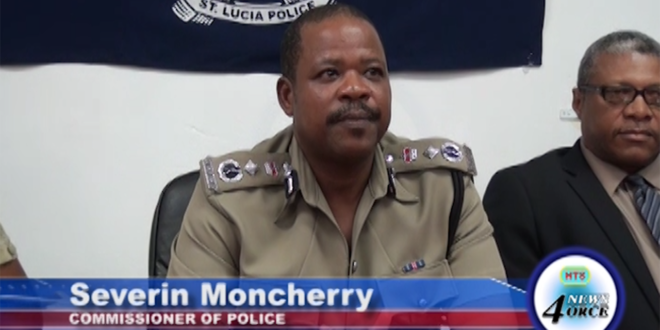 Police Commissioner Severin Moncherry has confirmed that an investigation has been launched into viral video of a police vehicle driving erratically on the Gros Islet high road.

On Thursday, January 5th, News4orce reported on the video on social media, which shows a marked police, van traveling northbound along the Bois D’orange thoroughfare into Mongiraud, Gros-islet swerving in and out of the road.

At a press conference on Friday, Moncherry disclosed that the police department has identified the vehicle and is taking action.

The cell phone video is over 60 seconds in duration and shows several near misses by the van with oncoming traffic.

The timeline of the incident is still unclear.

2018-01-05
Previous WHO IS NEVILLE CENAC?
Next HARBOR CLUB BOSS OPENS UP ABOUT NEW HOTEL