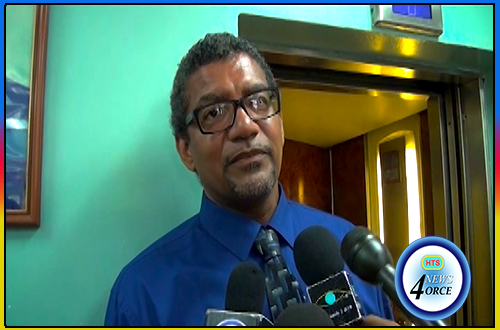 GIS – THE WORK OF CONSUMER PROTECTION MUST BE GROUNDED IN ENFORCEABLE LEGISLATION, COMMERCE MINISTER SAYS.

As Saint Lucia joins in the observance of World Consumer Rights Day on March 15, under the theme, “making digital marketplaces fairer”, Consumers International, the umbrella consumer advocacy body, calls for greater focus on the rights of consumers in the present digital environment.

Consumer rights and consumer interests have grown in importance and now command attention in almost every country. Non-Governmental Organizations (NGOs) such as National Consumer Associations and Consumers International have advocated and continue to advocate for the rights of consumers, in an effort to ensure that manufacturers and distributors of goods and services place paramount importance on consumer safety and value for money.

Minister with responsibility for Consumer Affairs, Hon. Bradley Felix, in a national address to mark World Consumer Rights Day cautioned, that  while the digital marketplace and e-commerce have tremendously enhanced the quality of life of many consumers in developing countries like Saint Lucia; consideration must be given to the vulnerabilities and challenges which, without concerted action by governments, regulators, and consumer action groups,  will result in the detriment of consumers and undermine their confidence and trust in the digital marketplace.

“The work of consumer protection he added, must be grounded in well-enforceable legislation, lobbying and advocacy.

“For nearly two decades now a lot of work has been done to advance the welfare and interest of consumers within countries of the Organization of Eastern Caribbean States (OECS) and the Caribbean Community (CARICOM),” he said. “Over the years, we have built a consumer protection framework that has made great advances in promoting and protecting consumer rights in Saint Lucia – and I speak of the collective work of the Consumer Affairs Division, the Saint Lucia Bureau of Standards and non-state actors such as the National Consumers Association working collaboratively and cohesively in promoting and protecting consumer interests. But more still has to be done. According to the CIA fact book, there are approximately 86,000 internet users in Saint Lucia or 52.4 percent of the population and in 2016 mobile phone subscriptions for every 100 inhabitants was at 107.

Hon. Bradley Felix also highlighted some of the initiatives by the Government of Saint Lucia, such as the Government Islandwide Network Project (GINet), to further integrate the local community into the digital market place.

“There is no turning back from this path of insertion into the global digital marketplace. My department will, on World Consumer Rights Day, be engaging consumers in the various communities in an activity dubbed the Roving Road Show. This activity is held to sensitize consumers on matters related to Consumer Affairs and this year’s theme. I believe that access to reasonably priced internet services that work must be a basic right in this era. Hence this government will work to ensure that we are served with broadband access that is affordable to the poor and vulnerable so that all consumers may benefit. I especially urge the consumer organizations not to relent and continue to influence the private sector and government in providing you with the infrastructure and services that are vital in this digital economy; that is fair and just for all.  Happy World Consumer Rights Day.”

Hon. Bradley Felix-Minister in the Office of the Prime Minister with responsibility for Commerce, Industry, Investment, Enterprise Development and Consumer Affairs.