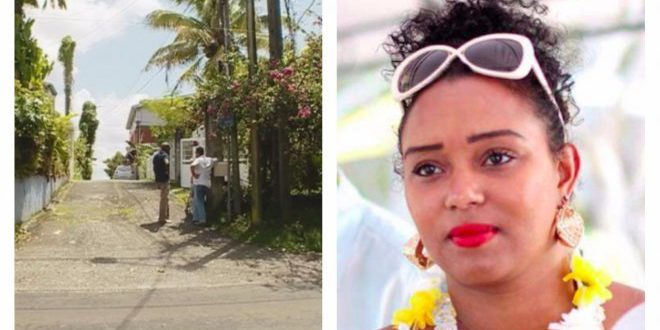 The teacher was killed because of a supposed new ‘lover’

Martinique: The 33-year-old man, arrested on Tuesday (19 September) and held in custody, was charged and detained on Thursday (21 September). He is accused of the murder of Leila Laviolette, 34, and her two children, 4 and 6 years old .
The accused of the triple murder of Leila Laviolette, a 34-year-old teacher with whom he had a relationship, and his two children, aged 4 and 6, who had been held in custody since Tuesday (September 19) , the author of the facts, after having contested for more than twenty-four hours any implication.

Taken in anger, he killed him with a knife, before he reserved the same fate to his two children.

Renaud Gaudeul, the public prosecutor, said: ” He explained that on Monday afternoon (September 18, 2017), when Hurricane Maria was blowing, he went to his mistress’s home and learned that the hurricane, he was stabbed and killed with a knife before he and his two children were left with the same fate, and he said that he had left his home before getting rid of him. the weapon of the crime and his clothes, he had then returned to his companion’s home “(another woman with whom he is a couple, ed.).

The 33-year-old man from St. Lucia ” was presented on Thursday afternoon (21 September) to an investigating magistrate who has placed him under investigation for murder charges, two of which were aggravated by the minority fifteen years of the victims “. He is held in custody and is sentenced to life imprisonment. In this type of situation, the prisoner could be placed in solitary confinement to avoid retaliation by other prisoners.

According to the prosecutor of the Republic, the man is known to the services of justice. He was sentenced in October 2010 to two months’ imprisonment suspended for acts of violence by the Criminal Court of Fort-de-France