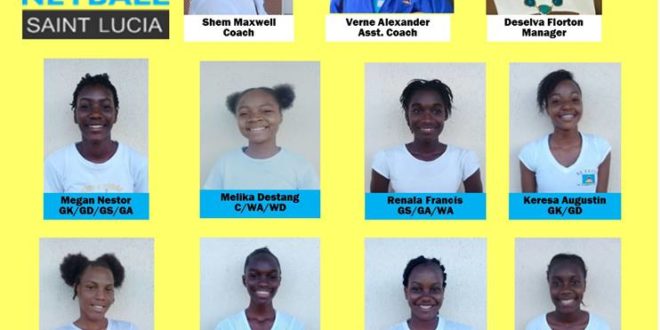 The official Netball team to participate in the Jean Pierre Youth Netball tournament has been announced. 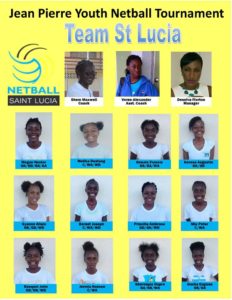 Deselva Florton will serve as the team’s manager. Shem Maxwell was assigned the team’s coach, and she will be assisted by Verne Alexander.

The tournament will begin on Saturday April 7th at the Vigie Multi-Purpose Sports Complex.

In the first game, St. Lucia will face Dominica from 5:30pm.

This will be followed by matches between Barbados and Trinidad & Tobago from 6:3pm, and St. Vincent & the Grenadines and Grenada at 7:30pm.

The teams will attend a church service on April 8th at the Lady of Fatima Church in La Clery.