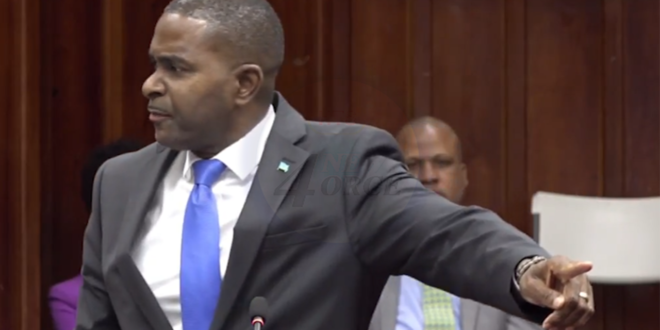 THE MORALITY DEBATE STIRS PASSIONS IN HOUSE AND SENATE

Minister in the Ministry of Finance Dr. Ubaldus Raymond is outraged following a blistering attack by Castries South MP, Dr. Ernest Hilaire who took a dig at the government Minister over the blackmail/nude photo scandal during the Budget debate.

The embattled Minister took exception to the Opposition’s reference to his family issued a stern warning to would-be detractors on the issue of public morality.